Flamengo wants money from betting without becoming a company-club

At a hearing at the Sports Committee of the House of Representatives, Flamengo's president, Rodolfo Landim, outlined the points with which he does not agree on the company-clubs bill. He said that his club does not want tax equalization between those who will or will not adhere to the new model, and has objected the creation of a fund to help clubs in financial crisis and to exploit betting resources only for those who become company- clubs. 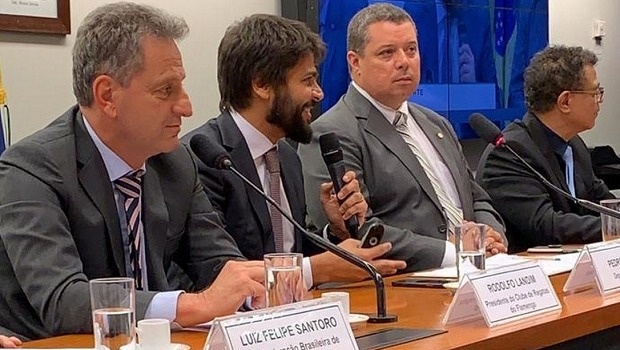 “The fact that continued exemption ceases to exist is highly positive. A second aspect that continues in the latest version is the football guarantee fund, which would raise funds for delinquent clubs, which to me is a perverse incentive for clubs not to act properly in their management. I hope it has been withdrawn,” said Flamengo’s president.

“We have to think big and think about getting the great players back, exporting our football abroad. For this, we need a recipe and get organized. You have to stop taxing teams, getting management, improving games and exporting abroad. We have to compete with Real Madrid and Barcelona,” added Landim.

If not hit by the news imposed by the text, Flamengo does not oppose the project to encourage the company- clubs. But the board informed the rapporteur of the bill, Deputy Pedro Paulo (DEM-RJ), that it is inspired by the associative format of Real Madrid. ‘Merengues’ are, alongside rival Barcelona, the main financial exponents of a league that has opened up to the company- club format, in contrast to Atletico Madrid.

Flamengo and other clubs were at risk when they heard the proposal of tax equalization. This model would make the club pay twice as much tax. The club estimates that up to R$ 80 million (US$ 19.5m) more in taxes would be paid per year. As a nonprofit association, the club pays no income tax as it has a social function and is tax exempt.