Some of the money raised from Caixa's lotteries is shared with government agencies, and in times of budget crunch, politicians are eyeing new funding allocations. Last year, were raised US$ 3.4 billion in bets on all gaming, including Mega-Sena. In 2019, 12 bills were passed in the House of Representatives on changes in the distribution of what is collected from lotteries. In the Senate, there are already four. 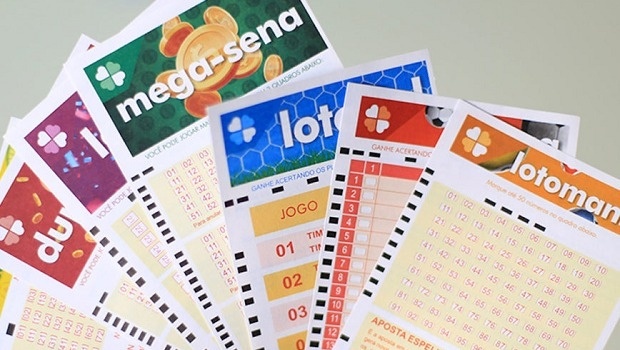 Until May this year it was already accumulated US$ 1.65 billion, according to the Caixa Econômica Federal.

President Jair Bolsonaro has also shown interest in lottery resources. “The lottery is sliced, a percentage goes to each place and would now have an additional percentage for the public safety issue in Brazil,” he said in an interview with TV Record in November 2018 after being elected. The president said in the same interview that he would talk to Rodrigo Maia, President of the Chamber, so that the Provisional Measure (PM) does not “expire”

Bolsonaro referred to PM 846/2018, signed by then-President Michel Temer. The "Lotteries MP" was transformed into Law 13.756 / 2018 which provides for the destination of what is collected from the lotteries and about the National Public Security Fund (FNSP).

In case the MP expire, the president said, the Justice minister would start the year without resources "to address much of what he intends to do, which is the fight against corruption and the fight against organized crime." The minister himself defended the approval of the measure.

How much of Mega-Sena's revenue goes to government actions?

Caixa Econômica Federal uses part of the funds to make “social transfers”, investments in areas such as sports, education, culture, security. Law 13.756 / 2018 determines which institutions are covered and how much they should receive. It also specifies the lottery modalities and the values for each modality. Features vary by lottery mode, ie with the type of game.

Of all the money raised with Mega-Sena, for example, 9.26% goes to the National Public Security Fund, 43.35% goes to the gross premium, 17.32% goes to social security, 2.46% to the Ministry of Sport, among others, according to Caixa. Mega-Sena is responsible for the largest collection. In 2018, it was US$ 1.3 billion.

From circus to municipalities with federal prisons: what projects say

The bill (PL 580/2019) of Senator Alvaro Dias (Somos-PR) intends to allocate 1% of the value of lotteries to the Special Fund for Public Disasters (Funcap). PL 3071/2019, by Flávio Bolsonaro, wants to amend law 13.756 / 2018, and include one more entity to be benefited, the Brazilian Charitable Rehabilitation Association, along with three other institutions already determined by law.

Senator Mecias de Jesus (Republicans-RR) intends to distribute a portion of the lottery money to the state and federal health departments (PL 3709/2019). Jayme Campos (DEM-MT) wants at least 5% of the FNSP lottery funds to be allocated to the Integrated Border Protection Program (PPIF). The proposal was approved by the Committee on Foreign Relations and National Defense (CRE) and follows for consideration by the Economic Affairs Committee (CAE).

Half of the projects submitted by deputies want to reorganize the transfer to the sports area. Representative Pedro Lucas Fernandes (PTB-MA) intends to create the National Fund for Combating Cancer and Carrier Assistance (FNCCAP) partly funded by lottery money, a proposal by Mrs Maria do Rosário (PT-RS) was joined by from him for reallocating lottery resources to the National Cancer Fund (FNCC).

Juscelino Filho (DEM-MA) proposes to allocate to the functioning of the Tutelary Councils the portion of 1.10% of the revenue from the lottery of numerical forecasts. Domingos Sávio (PSDB-MG) wants National Culture Support Program (Pronac), 3% of gross revenue from prognostic contests. Tiririca (PL-SP) proposes to institute the National Circus Support Policy (PNAC), which must designate the percentage of lotteries for the development of circus arts through what the National Culture Fund (FNC) already receives.

Vinícius Farah (MDB-RJ) wants to create the National Fund to Support APAEs and for this purpose establishes the allocation of 0.5% of Mega-Sena's premiums to the fund. Beto Rosado (PP-RN) presented a project to allocate 20% of what the FNSP receives from lotteries to the National Penitentiary Fund (Funpen). The fund is intended to transfer the money to municipalities that have federal prisons. The project was joined by Rubens Otoni (PT-GO), which deals with the same theme.

Between January and July 2019, about US$ 985 million were made in social transfers from lotteries, according to the website of Caixa. Some of the beneficiary bodies are the Ministry of Sport, Brazilian Olympic Committee, Fies, National Culture Fund, National Penitentiary Fund (Funpen), Social Security, among others. The institution that received the most transfers in July was the National Fund for Public Security, with US$ 24.4 million.

The FNSP was established in 2001 to provide “resources to support projects, activities and actions in the areas of public security and violence prevention.” The fund is under the supervision of the Ministry of Justice and Public Security.