The Chilean Association of Gambling Casinos came out fighting over the weekend with an advertisement in national newspaper carrying the slogan ‘You don’t play with the law,’ stating that the Superintendency of Gambling Casinos (SCJ) had “imposed a bidding procedure for casinos that did not respect the law, violates the legal framework and unilaterally changes the rules of the game.” 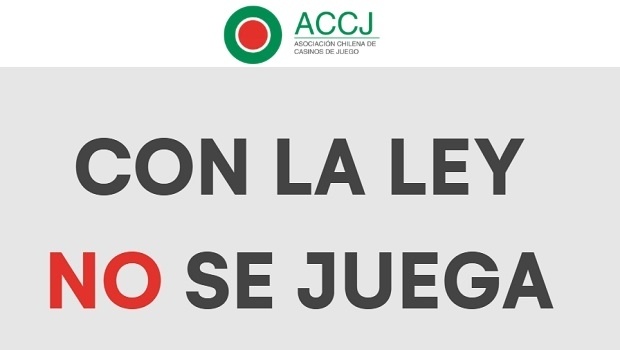 The SJC stated: “More than a decade ago we received a serious and attractive invitation from the State of Chile to invest in an incipient casino industry . We had no doubts at the time, we accepted the challenge and decided to invest in the sector, which generated a positive impact on the growth of a country with a long tradition of respect for the rules of the game. The promise of Chile that captivated us then was a tender that gave a horizon to operate casinos for 15 years, with significant investments.

“In response to that invitation, we invested US$1.4bn in projects of excellence that included not only casinos, but also hotels, restaurants and an extensive tourist infrastructure. This virtuous circle generated an unprecedented boost in the communities in which we introduced ourselves. We are proud of what we have accomplished as an industry over the years. However, in what is an incomprehensible and damaging decision for Chile, the Superintendency of Gambling Casinos (SCJ) has imposed a tender procedure for casinos that does not respect the law, violates the legal framework and unilaterally changes the rules of the game.

“Both the 2005 Law (19,995), which governed the time the awards were made and under which we decided to invest, and the 2015 Law (Law 20,856) confirm the conditions under which operating licenses must be relied upon. In fact, the fifth subsection of the 3rd transitory article of Law 19,995, introduced by law 20,856 of 2015 -which included municipal casinos and considered an award system based on the contribution to the respective municipality-, literally states: ‘The Operation permits granted prior to the amendment of this law shall be governed by the regulations in force at the time it is granted, unless the subsequent regulations imply better conditions for its operation.”

“The law is clear and does not give space to any interpretation, it can only be respected . With the decision of the Superintendency of Gambling Casinos, not only the current legislation is violated, but also the rights of all operators in the industry, and the long tradition of seriousness and credibility that the country has had held with the investors, both domestic and foreign now questioned. We believe in Chile, in its people and in its institutions. That is why we ask the authority to act responsibly and understand the negative impact that this change in the rules of the game means for the industry and for the country. Failure to respect the laws is a path of no return that profoundly damages not only investment, but also democracy.”