Shirt with logo is the most sought after by fans

NetBet has been intensifying its brand in the Brazilian betting market. The company is constantly upgrading to ensure reliability, diversification, fun and a lot of emotion for users, while also providing easy access, investment, and possibilities of gains. Both the website and the app focus on various areas of sports, online gaming, poker, games and live betting, diversifying the options for different target audiences on a single platform. 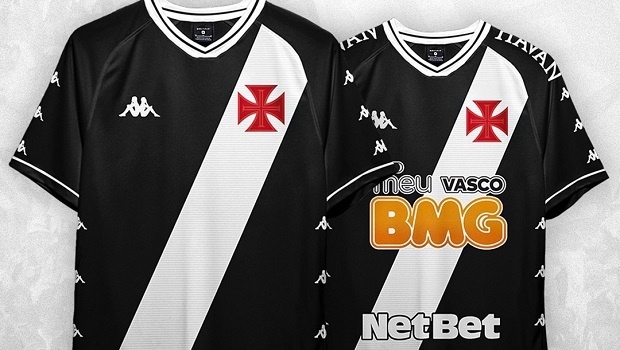 The sports universe has attracted a large part of NetBet's attention, precisely because it involves people by instincts, by the adrenaline of fans. It is possible to find competitions in football, basketball, UFC, regional and national tournaments, champions' leagues, great speed prizes, greyhounds, horse racing, American football, a multitude of gaming alternatives, including virtual and online.

However, in Brazil, the greatest passion is indisputably football. In this way, the company started to strengthen relations with sports clubs, reinforcing its performance as a sponsor. Currently the brand sponsors Vasco da Gama (Male and Female), and Red Bull Bragantino (Male), in addition to maintaining the partnership with MMA fighter Junior Cigano, who has built a recognized trajectory in the UFC. The intention is to expand investment in new partners, supporting other clubs even in 2020, extending this stance to new negotiations in 2021.

With sponsorships with football clubs, in addition to believing in sports, athletes and fans, the brand expands its visibility by being present in uniforms, stadiums and the media in the pitch. In this way, the company is personally strong in the sports universe, in addition to being recognized in the bookmaker market, with its website and app. "We believe that we should encourage and sponsor Brazilian sport. Thu, today we are with Vasco and RedBull Bragantino and studying new clubs," comments Marsio Schneider, Marketing Manager Brazil at NetBet.

The sale of official team shirts confirms the affection of the market for NetBet: although it is optional for the buyer to add the sponsors' logos at the time of purchase, NetBet is always the favorite among fans when making any application on the shirt. "It is a sign that we are on the right path," adds Schneider.

According to data from Netshoes, which operates the Vasco da Gama sales website, in 2020 the club became the biggest seller of shirts on the first day after the launch. The vast majority of the team have opted for the shirt with the NetBet logo, produced by Kappa.