The lawyer specializing in the area of Municipal Law and Public Policies, Luiz Alochio, is also a Federal Advisor to the Brazilian Bar Association (OAB), from Espírito Santo state. In this exclusive interview with GMB, he talks about how the legalization of the gaming sector could help Brazilian municipalities after the pandemic, which could be improved in the Bills destined to the betting market, among other topics. 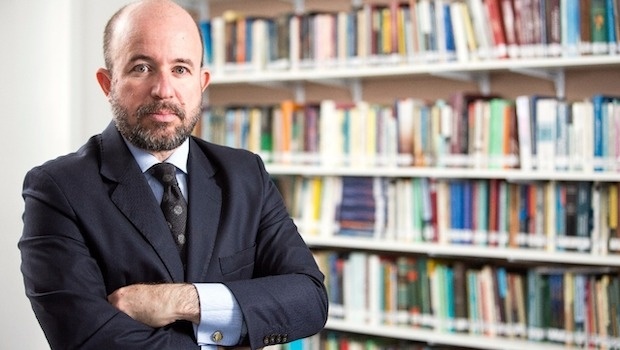 GMB - As a lawyer specialized in Municipal Law, what benefits do you see in the legalization of the gaming sector for Brazilian cities?
Luiz Alochio - Initially, cities, both those that will directly receive large developments (integrated resorts) and those in the surroundings, will receive the positive effects of an industry with high economic power. Tourism will be developed, and the collections involved revolve around services. We are therefore talking about ISSQN, which is a municipal tax. Depending on the outline of the legislation to be passed to regulate the gaming industry, not only integrated resorts would benefit cities. Which will certainly attract investments and opportunities.
There is no doubt: the full regulation of the gaming industry will be an invaluable driver in the recovery of Brazilian cities, especially in the post-COVID period. It should be noted that even if this were not the case for this pandemic, legislation for the sector is still more than urgent.

Few mayors move for the approval of the Bills in progress at the national congress. What is the importance of having mayors engaging to improve and get these proyects approved?
Perhaps due to the fact that a large part of the Municipalities are still far from the economic notion of the gaming industry, we have seen Municipal Associations not participating in de discussion of the gaming regulation in Brazil.
It would be of fundamental importance that entities such as CNM (National Confederation of Municipalities) and FNP (National Front of Mayors) support the Bills for the sector more openly. Brazil is driven by Municipalism, we cannot forget this, and cities will be the main beneficiaries with this regulated industry and with adequate compliance standards.

What improvements would you make to some of the Bills related to gaming?
Speaking specifically about municipalities, I believe that municipal projects are underestimated on many points. We are not necessarily talking about licensing activity concessions. In one of the Bills, municipalities will be able to license bingos and will have competition with the Union and States. However, it would be necessary to increase the participation of the local government in the projects, which could come with greater clarity even in the allocation of resources, for example, the Exploitation Rate (TEC-Games). Even though the 50% allocated - in the Bill - to the General Tourism Fund already directly affects Brazilian cities, something more direct should be imagined, especially for cities surrounding the exploitation of large resorts.
Regional development bears more fruit than centralized growth only in the host cities of these largest enterprises. Despite being mentioned in the Bill, there does not seem to be any minimally precise rules on how regional development would be valued.

In  recent article, you mentioned that jogo do bicho alone moved 12 billion reais in 2014. Why do you think there is so much resistance in regulating this industry that generates billions a year in Brazil?
An old phrase, by Tomasi de Lampedusa, already said that "it is necessary that everything changes so that everything stays as it is". Brazil has done this over the years. Law proposals regulating gaming are attempted, and with each change to improve legislative proposals, we move this industry away from feasible regulation. The search for an optimal regulation ends up generating no regulation.
As a result, billion-dollar revenue form the sector are kept unregulated. In the end, even a religious or moral interest is not served, no social and legal protection is generated against the risk of addictions.
The international regulatory experience has forms of protection against money laundering, against financing criminal or terrorist activities, and even health protections in the gambling and betting industry. What is needed is to convert this activity that is now “real” into a fully regulated industry, so that the high financial power can be subject to the laws, including the payment of taxes, consumer protection, child and youth protection, prevention of ludopathy and similar.

There is a Bill on the release of resort-casinos in the country. Is the capital of Espírito Santo one of those interested in implementing IRs to attract more tourists to the city?
By the specific criteria of Bill 530, Espírito Santo may receive a resort-casino. The capital of the state has an enviable infrastructure for the service sector and is receptive to new business. I cannot, of course, express the position of the city. But, if it is the will of the local managers, the city has, above all, a tourist potential full of possibilities, chain stores, entertainment, access by an international airport in an urban perimeter, in short, all the installed infrastructure capable of receiving well any investment in this segment.

Would it be possible to estimate the overall average collection and generation of new jobs per city, if the gaming sector was legalized?
By the criteria of Bill 530, which distribute from 1 to 3 resort-casinos according to the number of inhabitants, Brazil could receive up to 30 of these developments. There are estimates regarding the creation of 500 thousand new jobs. If we make a simple distribution, there would be between 15,000 to 20,000 new jobs per resort. Of course, this accounting is simple, but demonstrates the impact that generates opportunities. Not to mention bingos, jogo do bicho, lotteries and other modalities.
In terms of collection, it is estimated a 1% increase of GDP. In 2019, GDP was R$7.3 trillion (US$1.37 trillion). An increase of R$73 billion (US$13.7b) a year. Mostly, taxation will be focused on services. Not to mention the movement of the economy in the host city of the activity, and in the State as a whole. Although all the “billions” are not destined for public coffers, the increase in revenue will be significant, especially since it is new revenue, and not an increase in existing taxes or on sectors that already contribute.

Sports betting has already generated a good incentive in Brazilian sport by sponsoring 14 of the 20 clubs that compete in the Serie A of the Brasileirão. Do you believe that clubs would have more support from the companies if the other types of games (bingo, casinos, etc.) were legalized?
The connection between the gaming industry and sports is common. Firstly, due to the natural visibility that sports and athletes generate for any brand. Not being enough, in Bill’s 4291 Substitute, we have that state lottery resources will be able to finance and promote sports. It would not be strange, even, to link a portion of the collection to the promotion of sport, since in the same Bill we have as a basis for the exploitation of games of fortune in Brazil the social destination of the collection of resources from the activity of gaming. Or even for sports activities that still require support. However, it would be prudent to foresee, just as there is a rule for subsidizing different public policies, that there should be subsidies for non-professional sports, and even sponsorship for professional sports for their promotion.