(Exclusive GMB) - The president of the Brazilian Hotel Industry Association of the state of Sao Paulo (ABIH-SP) and speaker of the next BGC 2017, admits the strong interest of foreign and local investors to develop business if gaming is legalized in Brazil . 'A hotel-casino can have up to 5 employees per room and generate more employment,' said Omori. 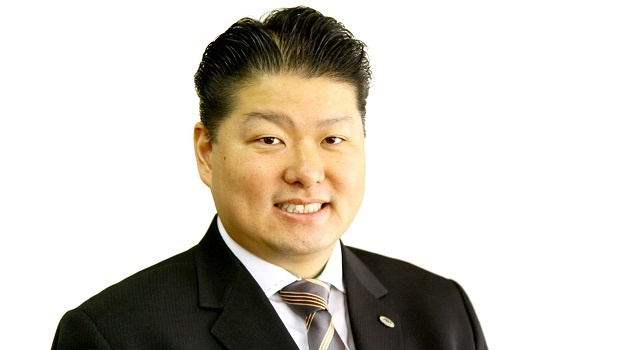 GMB - You participated in the last edition of the BGC in November 2016. What is your opinion about the event, your expectation for your participation and for this year's event?
Bruno Omori - The BCG event presented great panels on strategic issues of regulation of gaming in Brazil, from the promotion of Brazilian tourism, legislation, investors, taxation and various aspects of the increase in revenues, collection and taxes that the gaming segment can bring to the country. It was great to have been one of the speakers in the previous edition and to be invited to repeat the experience 2017, brought several networking contacts, knowledge of the gaming market and possibility of new business.

ABIH-SP has previously declared itself in favor of legalizing gaming. What does the association project as a positive effect for the hotel sector? What arise after legalization, considering new entrepreneurs who are interested in the activity?
The regulation of gaming, and more specifically of the casinos, create opportunities that international investors, renovation of the hotel park, increase of current jobs and new functions, dissemination and strengthening of tourist destinations with the national and international market. Among the new we can highlight the creation of new sales points with gaming, entertainment, merchandising, differentiated events linked to the entertainment market.

What is ABIH-SP's expectation regarding job creation? What would be the functions that would generate more vacancies and how to prepare the new professionals for these positions?
If we take an economic hotel today we have 0.3 to 0.4 employees per Uh (housing unit), hotels midscale is between 0.5 to 0.7 employees per UH, and in hotels and luxury of 0.8 to 1.5, we Project that with a casino this relationship can reach up to 5 employees per Uh not only of but for the entertainment, improvement in the gastronomy and that will be added to the structure. Areas such as security, , A & b professionals, musicians, artists, hostellers, will be added to the current demand and new positions like croupier, tax, gaming managers will be created.
ABIH-SP has several partnerships with qualified institutions such as FIPE, , SENAC and MACKENZIE, in addition to partnerships with international bodies such as OMT and IH&RA and always willing to expand this range in order to train hotel and tourism professionals with quality.

How has ABIH-SP been following the gaming legalization process? Among the projects underway in the which would bring more positive to the hotel sector?
The ABIH-SP participates directly in all discussions, for example with the Joint Parliamentary Front of Tourism, which is presided by Deputy Herculano Passos, participating in Public Hearings promoted in the Chamber of Deputies and in the Federal Senate and with articulations with the Executive Branch In the Municipal, and Federal scopes. From the point of view of return, we believe that both the Hotel/Casino and the Casino/Hotel will be interesting and to develop the destination, to enhance the sectional, state and national tourism. From the point of view of location/concession, I believe it will be necessary to reach a middle point of the possibilities looking at the tourism potential and development capacity of each state.

There is the expectation that Sao Paulo is the state that can receive a greater number of casino resorts. Which regions of the state are most able to receive resort-casinos? Why has the state attracted more interest from these potential investors?
The State of Sao Paulo has more than 40 million inhabitants, represents more than 30% of Brazil's GDP, 20 of the country's top 20 highways are in SP, it has 3 large airports, 70 tourist resorts, arrival of 140 municipalities of tourist interest, in addition to the Capital that aggregates the best hotel, gastronomic and cultural offer of South America. Therefore we have the potential to receive casinos and gaming in general in all the Administrative Regions or Tourist Circuits of the State.

Sheldon Adelson of Sands Group and Jan Jones of Caesars presented big projects for Sao Paulo during their trips to Brazil. What do you know about these projects and what do you think about them? Are there other international groups that want to invest and build casino resorts in Sao Paulo?
I believe that the projects of both the Sands Group and Caesars will consolidate as great inducers of events and also of national and international tourists strengthening the state. I confirm that there are groups of international and national investment funds that can invest both in SP and in other states/destinations in Brazil, such as ES (Espirito Santo), where I have been , mainly with a local, state, national and international market vision.
Like any destination hotel/tourism project, some factors are strategic such as a Municipal Tourism Master Plan (tourism planning for the next 4 to 20 years), a great economic feasibility study, partnerships with economic groups and public power.

Do you think that Brazil can have a region like Las Vegas in any city?
I believe that in Brazil the best, instead of creating a unique region of games, should work on strengthening destinations and tourist circuits throughout the country, integrating the entire tourism trade, with the creation of public policies with tourism as a factor of economic and social development, as it is carried out in France with 82 millions of international tourists, Spain with 200 million Euros invested in tourism publicity, USA with turnover of USD 204 billion in international tourist currency or even Mexico that in the 1990s had close to 4 million tourists like Brazil and today has more than 33 million, with Brazil has just over 6 million.

You have already stated in other interviews that with legalization it will be possible to reach 12 million tourists. What is the profile of this tourist that would Brazil with the regulation of gaming? What is the participation of internal tourism in this scenario?
Brazil's domestic market now exceeds 65 million tourists traveling within the with projections and potential to reach close to 90 million in the next few years. In terms of international tourism today we receive 6.6 million foreign tourists, and if Embratur becomes an agency with resources such as, for example, APEX, with a strategic planning and professional management as the current President Vinicius Lummertz aims, we can reach 12 millioniInternational tourists over the next 10 years.
The regulation of gaming can anticipate this projection or even boost growth to levels similar to the cases of successes I mentioned before, especially if the Executive Power has a greater integration with the tourist trade and treat tourism as a factor of development of employment, economy and social, in the country with the greatest potential of natural resources of the planet.