Real estate developer Melco International Development, which was selected to build the first casino resort in the Republic of Cyprus, presented plans for its ambitious project to the President of the nation, Nicos Anastasiades. The property, that will be named City of Dreams Mediterranean, is expected to open in 2020. 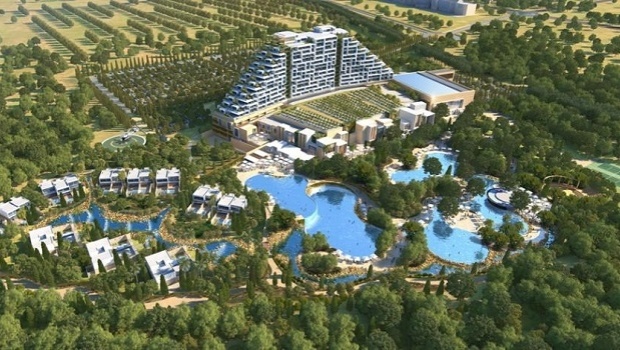 Melco, which currently operates integrated resorts in Macau and the Philippines through its subsidiary Melco Resorts & Entertainment, will be working with local partner Cyprus Phassouri on the construction of a €500-million hotel and casino complex in the city of Limassol.

The property, whose name was revealed to be City of Dreams Mediterranean, is expected to welcome its first visitors in 2020.

Talking to media, President Anastasiades said that the casino resort holds the potential to generate around €700 million in revenue during its first two years of operation (which represents 4% of the country’s gross domestic product) and to annually attract 300,000 visitors to Cyprus. The nation’s top official further pointed out that they want the resort to be one of the largest in Europe and one of the best in the world.

In a meeting with President Anastasiades Melco officials revealed more comprehensive plans for its resort. The property will feature an 80,000-square-foot casino with 1,200 slot machines and 136 gaming tables, a 500-room hotel, and a number of dining facilities. Convention and event center will also operate as part of the resort.