The future president of Brazil

What is the opinion of Jair Bolsonaro on gambling legalization?

With the proximity of the second round of Brazilian presidential elections and taking into account the great advantage that the conservative candidate Jair Bolsonaro (PSL) has still now, a major agenda needs to be brought and one of the topics is the legalization of gambling in Brazil. The candidate is personally opposed to the activity, however, he is in favor of the federalization of the theme. 'There is a possibility that each state can decide,' he opined. 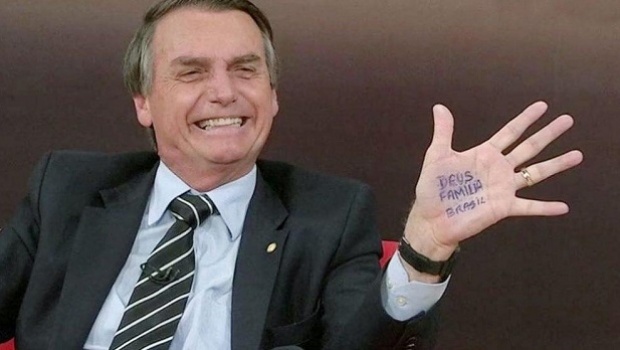 The subject has been much discussed in specialized events and fairs of this industry, including with important sectors of the media and also by the Brazilian Parliament, in the appreciation of PL 442/1991 and PLS 186/2014.

It is natural to think that Bolsonaro may be contrary to legalization, especially because of the massive support he has for the religious sectors of the society.

In a recent speech at the Rio de Janeiro Commercial Association (ACRJ), Bolsonaro expressed his views on legalization: "There is a possibility, I say, of playing for each state to decide. In principle I am against, but we will see what the best way out."

That is, the candidate is personally opposed to legalization, but he is in favor of the “federalization” of the topic, that is, the transfer of the legislative initiative to each member state of the Federation. It is clear that a Federal Law with general parameters would be necessary for state legislations to be created in their own way.

Added to this, there is still the non-re-election of Magno Malta to the Senate. It is a figure notoriously opposed to legalization, even considered as the main responsible for the non-approval of PLS 186/2014 in the CCJ of the Senate. Ironically, Magno Malta is one of Jair Bolsonaro's biggest supporters, having even been considered to be his candidate to vice president.

In addition, the enormous renewal of the Congress - especially with deputies and senators with a liberal profile - can also contribute to the creation of circumstances that lead to the debate on the subject, which must be done in a democratic and republican way, especially taking account the increase of turnover that the opening of the gambling market could bring to Brazil.

It is very important that, if the activity becomes legalized in an eventual Bolsonaro Government, the terms are the best possible for the country only and exclusively, so as not to prioritize certain groups of the market or players as it was being disclosed.