Brazil’s President-elect Jair Bolsonaro said that the amount collected in Brazilian lotteries will be set for the public security budget through PM 846/18 which also legalizes sports betting. 'If we do not lock the agenda now, Moro (future minister of security) begins 2019 without recourse to treat much of what he intends to do, which is fight against corruption and organized crime,' Bolsonaro told to the president of the Deputies Chamber, Rodrigo Maia. 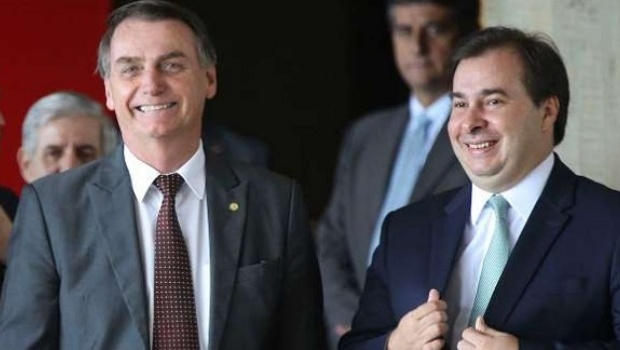 President-elect Jair Bolsonaro expects the Chamber of Deputies to vote as soon as possible a Provisional Measure (PM), edited by the Presidency of the Republic on July 31, which provides for the transfer of funds from federal lotteries to the National Public Security Fund.

As the deadline is 120 days, if the parliamentarians do not vote the text until the end of November, the Provisional Measure loses its effect. In an interview with RecordTV, on Wednesday (14), Bolsonaro said that he will discuss the matter with the president of the Chamber of Deputies, Rodrigo Maia, at the request of Judge Sergio Moro, future Minister of Justice and Public Security.

Recall that the PM 846/18 provides that fixed odd betting or sports betting must contribute to the National Public Security Fund (FNSP) 2.5% of their lease as long as they are carried out by physical ways and 1% if carried out online, which will mean millions of dollars to the area for this new market that will open.

"There is a request from Moro about an interim relief measure that is about to expire. If we do not put it on the agenda now, Moro begins without appeal next year to deal with much of what he intends to do, which is the fight against corruption and organized crime," said Bolsonaro.

According to the PM, the money raised by the federal lotteries would be distributed as follows: National Security (9.26%), National Culture Fund (2.92%) and sports area (4.33%). Other sectors are also covered with the resources, and a part goes to the Income Tax. "The lotteries are sliced, a percentage goes to each place, and now would have a percentage more precisely for the issue of public safety in Brazil," said Jair Bolsonaro.

According to the official website of federal lotteries, up to July this year, US$ 948 million were distributed to several areas. The national sport received more than US$ 141 million, which were destined to the Ministry of Sport, the Brazilian Olympic and Paralympic Committees, the Football Clubs and the Brazilian Confederation of Clubs.

Social Security received US$ 316 million to guarantee social security benefits to citizens. The Student Financing Program (Fies) received more than US$ 151 million to enable low-income students to take a higher education course and gain better opportunities in the job market.

The National Penitentiary Fund (Funpen) received more than US$ 49.5 million to finance the modernization and improvement of the penitentiary system, safeguarding the population.

The National Public Security Fund (FNSP) has allocated more than US$ 51 million to invest in citizen security and violence prevention programs in the country.