The final text in Provisional Measure 846/2018, which deals with the destination of lottery resources, mainly for Public Safety, is being highly celebrated. And it is no wonder. After many years without great legislative innovations, art. 29 of the Draft Law of Conversion creates the Lottery modality of fixed odd betting, consisting of betting system related to the real events of sports. But we missed the opportunity to put the Brazilian lottery market at a much higher level. 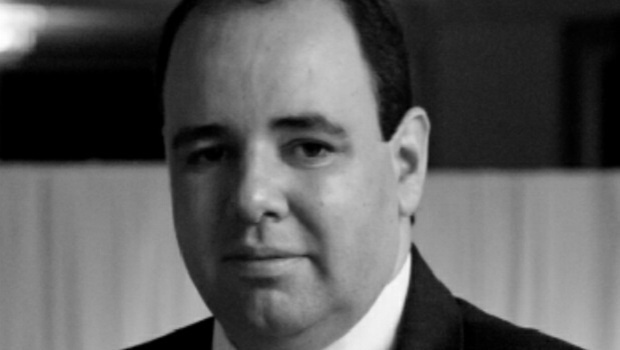 The final text in Provisional Measure 846/2018, which deals with the destination of lottery resources, mainly for Public Safety, is being highly celebrated. And it is no wonder. After many years without great legislative innovations on lotteries, art. 29 of the Draft Law of Conversion creates the Lottery modality of fixed odd betting, consisting of betting system related to the real events of sports.

In other words, PM provides the forecast for the exploitation of sports betting by the Federal Government, in the form of an exclusive public service, which may be authorized or granted, as well as marketed even through virtual channels (§2 of article 29).

Approved the text in the Special Commission, the Presidency of the National Congress forwarded the same one for consideration of the Plenaries (House and Senate), last 08/11/2018. That means that soon we will have sports betting in Brazil.

The scenery is exciting! And it causes a real frenzy in the most diverse public and private players, including the future President of the Republic, JAIR BOLSONARO, and the future Minister SÉRGIO MORO, since lottery resources, especially sports betting, will reinforce the coffers of a theme fundamental to the new government (see: www.gamesbras.com/english-version/2018/11/16/bolsonaro-asks-congress-to-approve-pm-that-gives-lotteries-and-bets-resources-to-security-10555.html).

It is worth commenting that sports betting is the fastest growing mode in the world and was born highly technological (accessible in any smartphone). It has the potential to generate huge resources for Public Security (without increasing the tax burden).

In spite of every party, the Special Committee, as we can see from the report by Senator FLEXA RIBEIRO, maintained the limited vision of the Ministry of Finance (more precisely, the Secretariat for Fiscal, Energy and Lottery Monitoring - SEFEL) on the development of the lotteries. We’ll explain.

For SEFEL, only the Federal Union Lottery exists. That is why the body insists on giving the Union an exclusive (monopoly) to explore the lottery modalities to the detriment of the States and the Federal District. The influence of SEFEL on the conversion project in focus is perceptible, and in this trail, one can glimpse the concentration of power and resources.

It is worth mentioning that almost 10 years ago, SEFEL (by succession of SEAE) sought to extinguish state lotteries through the most varied constraints, all to establish a monopoly not foreseen in the 1988 Constitution. Among the constraints used, there is an attempt to impose the (and technological) limitations of Decree-Law 204 of 1967. Still in the legal field, it makes a particularized and misinterpretation of Binding Prediction No. 2, inducing market agents to error, since it confuses legislative capacity with monopoly (two separate legal institutes).

The summary of the work is legal uncertainty. Insecurity that translates into loss of revenue for everyone, from the States of the Federation (and the Federal District) to the Union (let us recall the failure of the LOTEX concession attempt).

The legal text in question will not solve the federal conflict established by the SEFEL technicians. It should be noted that the conflict has already been brought to the attention of the Federal Supreme Court (STF) by the State Lotteries. And, corroborating the understanding of the States, the National College of Attorneys General of the States and the Federal District joined as amicus curiae in ADPF 493 (of the Brazilian Association of State Lotteries - ABLE).

In other words, 14 states and the Federal District, through renowned jurists, defend the constitutionality and legality of the exploitation of public lottery services by the member states, under equal conditions - including competing with the Federal Government for the preference of bettors, of that already decided by the STF, at the time of ADIN n. 2,847 - DF, leading case of Binding Summary n. 02, whose vote of Min. CARLOS AYRES BRITTO deserves the transcription of the following passage: (...) instituted, or authorized to be a given game by the central legal entity of the Federation (although by ordinary law, only), any of the two peripheral state units (Member State or Federal District), can compete with it, the Federal Union.

In fact, when the Commission rejected Amendments Nos. 34 and n. 35 (both by Mr. OTÁVIO LEITE), we missed the opportunity to put the Brazilian lottery market at a much higher level. This was because such amendments ensured fair competition, decentralization and market expansion. Moreover, such amendments harmonized federal legislation with the STF decisions. For example, let's look at the text of the caput of Amendment n. 35: without prejudice to the financial, administrative and operational autonomy, it is the responsibility of the States of the Federation and the Federal District to adapt their legislation, in accordance with the general norms of this law, to operate their lotteries within their respective territories.

If the Commission had included the spirit of such amendments in the text, we would now be talking about the development of various markets (and opportunities), both at national level, to be exploited by the Federal Union and at regional level, to be explored by the States concerned - each with its potentialities and characteristics. Those amendments would allow a legal-institutional arrangement in tune with the current Federative Pact. But that did not happen.

Now the text that will be voted on in Congress is the materialization of a limited view of lotteries, despite the advances - it was a step further, when it could have given 10! In addition, we expect the BOLSONARO Government to make the necessary corrections through a new PM and recover the lost opportunity, before the losses that are announced.