Macau casino GGR up 36% in January

Casino gross gaming revenue (GGR) in Macau rose by 36.4% year-on-year in January to US$3.26 billion, according to data from the city’s Gaming Inspection and Coordination Bureau. According to official data, it recorded the highest year-on-year growth rate since February 2014. 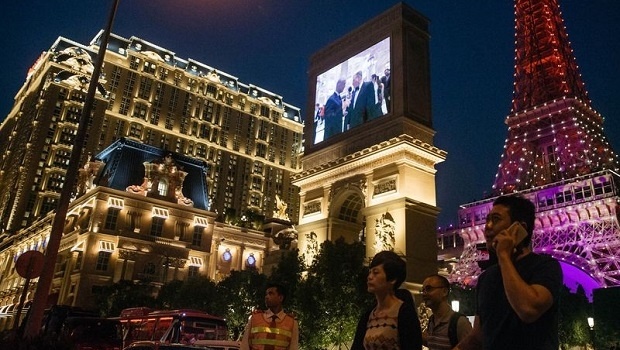 “Macau January GGR was much stronger than original expectation and well above consensus (27% year-on-year),” brokerage Sanford C. Bernstein Ltd said in a Thursday note. “Average daily revenue [ADR] for the month was US$104 million (16% above December ADR of US$89,95 million) and only 1% below October (the busiest month of the year),” it added.

Several investment analysts had estimated in respective notes issued prior to the official announcement that January’s GGR expansion would be in the range of 25% to 30% year-on-year.

Brokerage JP Morgan Securities (Asia Pacific) Ltd said in a Thursday note that January was a “great month for both VIP and mass” segments.

The casino revenue tally for January 2017 was the smallest of full year 2017, at approximately US$2.36 billion, with an average daily rate 15% below the full-year 2017 average daily rate, according to investment analysts.

“With the first few days of Chinese New Year typically spent with family (not gambling), we do not expect the pre-Chinese New Year lull that negatively impacted GGR in late January last year to repeat [in January 2018],” Japanese brokerage Nomura said in a note on January 21.

In full-year 2017, Macau’s casino GGR tally stood at US$32.65 billion, an increase of 19.1% compared to 2016, according to official data. It marked the first year of GGR growth after three consecutive years of annual decline.