(Exclusive GMB) - Marcelo Conde, president of STX, a company with 30 years of experience in real estate and hotel management, says that Integrated Resorts with casinos can reduce the current deficit of US$ 13.2 billion in the Tourism Spending Account, generating jobs, income and taxes. 'We need to think big and reach 20 or 30 million tourists a year in Brazil. IRs can be one of the key initiatives in this process.' 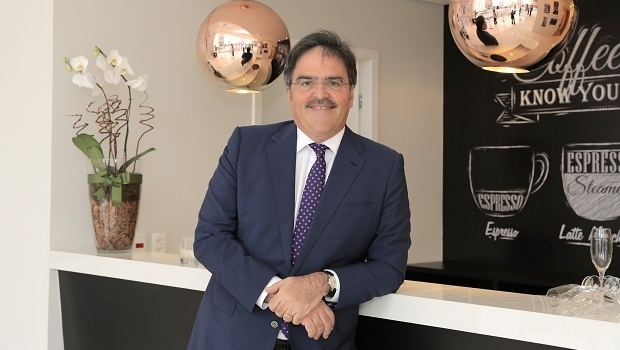 GMB - Could you give a brief summary of your trajectory and your STX DI company? In which sector do you operate and which are your main projects in Brazil?
Marcelo Conde - STX is a real estate development company that specializes in the incorporation of hotel projects. We have over 30 years of experience and projects carried out in real estate in several cities in Brazil.

In your article in the O Globo newspaper, you talked about the Integrated Resorts with casinos and other attractions as a good option for Rio de Janeiro. How did you come to know this concept of IRs and what benefits do you think it could bring to Brazil?
We specialize in the development of real estate hotel projects, we have studied much the topic of the development of national tourism. In particular, we are very concerned about the future of the city of Rio de Janeiro, which received a very large investment for the World Cup and the Olympics but did not show a significant increase in tourists.
Over the years, we have been studying the tourism market in the world, trying to bring the best practices to Brazil and we have identified that the Integrated Resort model has had an unquestionable impact in other countries.
I was aware of the Singapore case when my son studied in that country. What is most striking in this case is that it is a recent, successful experiment with unquestionable numbers. In a very short time, the Singapore government managed to attract a high international investment, there was an increase of more than 7 million tourists in just 5 years, with a strong generation of jobs and taxes.
Given the investment restrictions of the federal and state government for the tourism sector in the coming years, the attraction of international investors to invest in Brazil should be a priority. The adoption of such a model may have transformational power in the economy of Rio de Janeiro, in a very short time.

In order for integrated resorts with casinos and their other attractions to be built in Brazil, it is necessary that the law that legalizes and regulates gaming in the country be approved. What is your position regarding the debate on the legalization of the activity and your evaluation of the progress of the process for that approval?
Rio and Brazil can not miss this opportunity. As I said, it is important that there be an understanding between the legislative and executive powers for the advancement of modern casino regulation, prioritizing and stimulating expressive international investments that generate jobs, income and taxes.
As I understand, the bill being processed in the Chamber of Deputies does not provide for the legalization of casinos in a generalized manner. On the contrary, following the recent international experiences, the project foresees the legalization of casinos, within Integrated Resorts, which are large tourist complexes that bring together luxury hotels, convention centers, spaces for fairs and corporate events, among others.
Therefore, the concession license for the operation of a casino will be linked to a high investment in these complexes, generating a strong economic impact in the tourism sector. In the case of Singapore, with the granting of only two licenses, there was an investment of approximately US$ 10 billion in just two properties. International tourist spending per year rose to US$25 billion and there was a sharp increase in government tax collection.
I share this view, that the adoption of Integrated Resorts can transform, in a short time, the tourism industry in Rio de Janeiro and several other regions of Brazil.

In Brazil there is a controversy about what should be legalized. Some believe that the entire gambling market should be opened to have more jobs, but others, which includes the President of the Chamber, Rodrigo Maia, who only proposes the creation of IRs with a casino. What is your opinion?
Our activities of incorporation and construction of hotel projects are directly linked to the tourism industry. We have studied the development of tourism in other countries and the case of the Integrated Resorts is an undeniable example of success. I do not know the details about any other games.

Do you believe that the business sector, not only in the gaming market, but also in tourism, commerce, among other sectors of the economy that will be boosted by the legalization of gambling and the installation of casinos, could act with greater force to expedite the processing of bills?
Our biggest concern is how to increase international visits to high levels, we can not be satisfied with 6.6 million a year. With discussions in Congress, if good regulation is created, we will be able to receive investments immediately.
The business segment linked to tourism is from the hotel chain, the real estate market, aviation companies, tourism agencies, among others, should be involved in discussions with legislative and executive powers to support this initiative.
The country as a whole and the economic authorities, mainly, can not be satisfied that we have a deficit of US$ 13.2 billion in 2017 in the current account of tourism expenses (Bacen data). Brazilians spent US$ 19 billion abroad and foreigners only US$ 5.8 billion here, and with that we are generating jobs for: North Americans, Spaniards, Portuguese, Mexicans, French, Italians etc. We have to export services through expressive spending of tourists here.
I dream that Rio de Janeiro can become, in a few years, one of the main international tourist destinations, like Paris, Barcelona, Dubai, New York, among others.

With the liberation of casinos, it is expected an importante presence of international investment in Brazil. Have you talked to any international operator that is interested in investing in the country? What is your assessment of the arrival of the foreign investor in this market? Is it a bridge to new opportunities or the birth of even more competition?
With congressional discussions on the legalization of Integrated Resort, several American, European and Asian groups came to Brazil to assess the potential of national tourism. All these operators were surprised by the low number of international tourists who visit Brazil annually, which today would be 6.6 million tourists.
We are far behind Turkey with 39.5 million; Mexico, 32 million; Thailand, 24 million; and Singapore, with 16.5 million. These other markets have adopted aggressive tourism policies, advertisements and incentive in attracting international tourists that have led to good results in recent years.
I recognize important efforts of the Federal Government through the Minister of Tourism, Marx Beltrão, and the President of Embratur, Vinicius Lummertz, for example, in the electronic visa that had the support of the Congress. But in fact, if we want to adopt an aggressive tourism policy , which brings immediate effects, we will need investments in many areas. The number of international tourists in Brazil is very low, so it will require very relevant investments. The federal government and localities will not have the capacity that the sector needs investment for the coming years, so we have to attract international investors to Brazil.

In Japan, a country that also works to implement integrated resorts, there is a great deal of debate about installing them in large cities or smaller ones in inland regions. Should this debate be done in Brazil as well? As an entrepreneur, do you believe which one would be the best option?
Brazil is in a very different situation from Japan, which is already a developed economy and with a strong tourism industry. We have very important capitals in Brazil, with a great vocation for tourism, that need to receive new investments to foment their economic development.
Rio de Janeiro already has an urban infrastructure, which can receive large investments and accommodate large international events. Capitals from other regions have also received large investments for the World Cup and are also ready to receive new investments.
We must take advantage of the natural beauty that exists throughout the country, to become one of the main tourist destinations in the world. Besides Rio de Janeiro, we have beautiful coastal destinations in the Northeast, in the North, we have the beauties of the Amazon rainforest, we have the Pantanal, we have the Iguassu Falls, in short, many options.
Thus, there should be no restriction or limitation of the size of the city for the installation of Integrated Resorts, since, in order to attract these large investments, there is a need for a relevant urban infrastructure, we can not repeat the error of the World Cup with 12 host cities, overloading cities and municipalities, and infrastructure financed by the Federal Government through Caixa Econômica Federal and BNDES.
We have to change the level of international visitors, and with this there will be an economic impact for all cities. Thailand and Mexico are good examples of countries where many cities benefit.

Bringing the subject to your business. What are your plans for installing integrated resorts in Brazil? Do you want to make international partnerships or do you think on other investments?
When you build a large complex, there is a transformation in the region in which it is located, with a strong revitalization of the neighborhoods. Real estate development advances with the construction of new commercial and residential buildings in its surroundings, generating a positive economic impact.
We believe that several cities in Brazil can go through these processes. A few years ago, several cities in the Northeast received numerous international flights with European tourists, and there was a very strong impact on real estate development. Today, these projects are stopped, so with a new flow of tourists, we can reactivate these activities.
At the moment, we are making new investments and analyzing hotel development opportunities in several regions focused on the city of São Paulo, developing in Brazil the Days Inn brand, which is part of the Wyndham Group.

Having a law of gaming in force and the installation of integrated resorts, what is your projection for tourism in Brazil? Do you believe that in a short time we will have a great development in this area?
We need to think big. We have to create a high goal to increase the number of international tourists in Brazil, as 20 or 30 million annual tourists. To achieve this goal, Integrated Resorts may be one of the main initiatives to foster this process.