(Exclusive GMB) - Tangelo Games is one of the largest social casino companies in the world with strong operations in the United States and Latin America. In a conversation with GMB, Vicens Marti, Chairman of the firm and who will participate in the BgC next month in São Paulo, reveals the importance of Brazil to the company with great participation in the billing and possibility of new investments after a possible gaming legalization in the country. 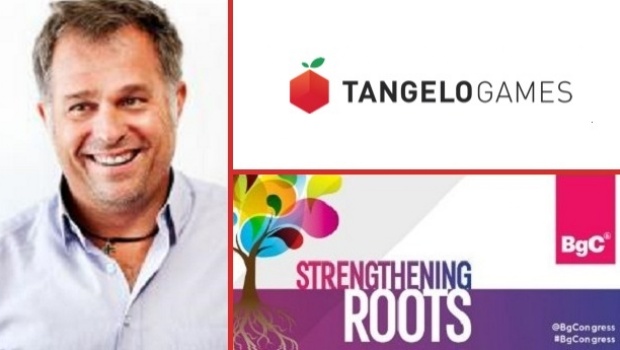 Vicens is a professional focused on strategy, business development and investors relations as well as an expert in the specifics of the gaming industry. He is President of Tangelo Games, the most geographically diversified social casino gaming company. Prior to that, he was CEO of Akamon, a social casino company which he co-founded in 2011 and became a wholly owned subsidiary of Tangelo in 2015, and CEO of the Interactive Division at Spain's largest gaming company Cirsa for five years. He holds a BA from Saint Louis University, an MBA from IESE Business School and has completed the Stanford Executive Program at Stanford Graduate School of Business.

GMB - With what expectations do you reach BgC 2018 and what are the main topics of your talk?
Vicens Marti - We hope to expand our network of contacts at local level, especially with partners that are relevant to our business as providers of ways of payment, physical casinos, etc .; as well as with other operators, local studios and investors. Even so, we want to know the news related to regulation in Brazil and actively participate in what will undoubtedly be a new landmark for the industry of gambling.

Tangelo Games will participate in the round table on the importance of adapting games to local consumers and the contribution will be based on our own experience in locating games through our 'Mundigames' portal. It is one of our leading brands and gaming platforms and has five local adaptations according to the nationality of the player. For example, here in Brazil we operate through 'Ludijogos' (www.ludijogos.com). We are talking about the first brand of social casino in Latin America. And its success lies in regional expertise and the ability to adapt each of the gaming platforms to each country, offering the customer a localized and personalized experience.

In this regard, we offer five different portals that include Spanish, Portuguese, French, Italian and English. Each brand has a selection of games adapted to the country's cultural tradition, which means that a Brazilian visitors can play the popular 'Buraco' or 'jogo do bicho', while a French player can play Belote, for example.

Each of the portals has a local environment, not only through the selection of games, content and language, but also through a native customer support team, specific payment methods, social networks and CRM campaigns tailored to the destination country.

Local affiliation and distribution are equally relevant when geographically adapting the product. In fact, one of our main affiliates is UOL, which offers its ADSL customers the option of signing a localized white label version of our games http://saladejogos.uol.com.br/. Thanks to this agreement, we were able to reach the milestone of 25,000 paying users in 2016.

For those who do not know Tangelo Games so much in Brazil, can you tell us what your company is doing and where it is located all over the world?
Tangelo Games is the most geographically diversified social casino company with a strong focus on the United States, Latin America and Southern Europe markets. With a portfolio of over 90 casinos and traditional games and a community of more than 1.5 million active players per month, we are among the top 20 players in the industry, according to Eilers & Krejcik analysts.
It was created in 2015 through the acquisition of Diwip and Akamon and currently has a team of more than 70 people; with headquarters in Barcelona, a studio in Tel Aviv and an additional presence in Toronto (where we are as TSX-Venture: GEL).

Our main products are the "Mundigames" web application, along with its local adaptations, which has become the largest social gaming brand in the world focused on Southern Europe and Latin America, and the "Best Casino" social slots application a strong customer base in the United States and Canada.

How many users doyou have in Latin American and how is this market for you?
The Latin American public accounts for 25% of our total player base, being Brazil their main country of origin and generating approximately 15% of our global revenues. Recalling that users in Latin America still do not generate revenue on the same level as those in other geographical regions.

Is it a growing market compared to Europe?
From our point of view, the Anglo-Saxon market (USA, UK and Canada) is the most competitive, but the opportunity is in emerging countries, with Brazil currently being one of the main potential markets for a social casino.

At Tangelo, we are continually committed to these markets within our growth plan. That is why we are developing a new set of games for mobile support aimed especially for users who speak Portuguese and Spanish.

Is the European or Asian player very different from the Latin one? What types of games does he like most?
Users in Latin America have a more social, dynamic and inclusive profile in the community. Their playing time is above average, although they monetize less. One of the main reasons is the difficulty they have in accessing credit cards, which directly affects the value of payments made by this method. In addition, the market has been slow to integrate alternative payment methods such as Paypal and others.

Another difference is that they are more accustomed to paying by subscription - they pay a fixed amount of money for regular updates of new content - above the eventual payment made in the application. At the content level, they prefer their country's traditional games, such as Buraco, Jogo do Bicho or Tranca, but bingo and slots are also very popular.

Is Brazil a market that always goes through your head? What is its dimension?
Yes, it is one of our key markets. In fact, after Spain, it was the first market we opened.

Are you closely following the process of legalization in the country? Is it crazy to think that if gambling industry is open you could open an office here? Do you have expansion plans in Latin America and how many people could you hire?
Yes. We are waiting for the news about the regulatory process in Brazil. It is not crazy to think that our business would benefit from legalization, as has already happened in Spain, although Tangelo operates in the social casino sector, which, as everyone knows, is to bet without a bet.

Moreover, the scenario of mergers and acquisitions for social and mobile games will remain as active as in 2017, a year in which US$4 billion in transactions were traded. Given that Tangelo is in a privileged position in this context and we are in discussions with several players in the industry, we do not rule out renewing our commitment to have a physical presence in Latin America if any of these talks is formalized, but for now we have no plans to have a fixed office in Brazil.