Hospitality industry in Brazil is excited by the bill that legalizes gambling being in the House of Representatives. In addition to the deputies likely to pass this law, the population is also in favor of the activity. According to a survey by Global Views on Vices 2019, when asked about casino release, 66% of respondents were in favor and 25% against. With legalization, hotels could move areas that need revitalization, such as Porto Maravilha, in Rio. 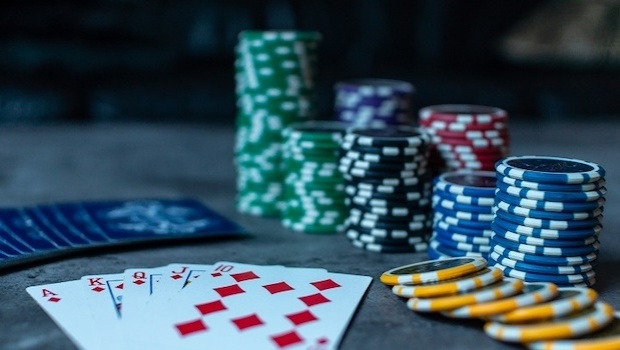 78 years ago, gambling was banned on Brazilian soil. Six years ago, the agenda returned to the National Congress and today is pending through bills in the Senate (PLS I84 / 14) and House of Representatives (PL 442/91), which seek to recover the legality of this activities. According to a study conducted this year by the IJL (Brazilian Legal Gaming Institute), if all gaming modalities are released, the sector can inject US$ 15 billion gross annually into the Brazilian economy, besides generating US$ 4,2 billion a year in taxes.

With the implementation of gaming houses alone, the government raises US$ 1.7 billion in licenses, permits and grants. The job market would also be positively affected, with 658.5 thousand new direct job openings. Of the total, 450 thousand would come from the formalization of the local popular ‘jogo do bicho’ and another 208.5 thousand created in other modalities. Industries such as real estate, construction and hotels are among the main beneficiaries of legalization.

The prohibition of the activity has, in the last decades, fomenting the illegality in the country. Clandestine betting is worth about US$ 5 billion annually with ‘jogo do bicho’, slot machines, bingo games, video games, sports betting and online gaming, placing Brazil among the champions in the banned games ranking.

“It is absurd that this amount is collected and not shared with the government and society. This will only end when we bring these activities to light. It is better to compete with companies with CNPJ than with criminal organizations,” says Maghno José, president of IJL. "Brazil needs to legalize, control and see what works for our country."

One of the main obstacles to regulation today is the question of which models will be legalized. In principle, the proposal was to release only casinos in integrated resorts, an idea that was unsuccessful in the House. Now the battle is for the legalization of all types of urban casinos and games. According to Maghno, the resort-centered model would not work in the Brazilian market.

“Singapore, for example, cannot be an example to us. It is a strong Asian hub, with a flow of VIP players and strategic location. If a casino resort is set up in Barra da Tijuca, for example, where the hotel industry is idle and unencumbered, it will create unfair competition.”

For the IJL president, resort casinos should be built in strategic areas that require revitalization. “The Porto Maravilha region of Rio de Janeiro would be ideal for hosting this type of venture like other places on the coast of São Paulo. Urban casinos are options to boost hotel occupancy and generate consumption in other sectors,” he says.

Apparently, the hotel trade got the message. Bruno Omori, president of ABIH-SP (Brazilian Hotel Industry Association of São Paulo), reinforces the idea that bingo halls and casinos operated by the city hall are the best way out for large urban centers. “It is a democratic business in which all population can have access, unrelated to any specific hotel. The benefits for hotel occupancy and consumption capacity are numerous,” he says. "The release must be made without restrictions, helping the end of illegality," he adds.

“If the resort model worked, Las Vegas would only work with that kind of game. The city today has 1,500 gaming environments and only 51 resorts. You have to have game offer in all modalities,” adds Maghno.

Large gaming industry groups such as MGM, Enjoy, Caesars and Las Vegas Sands have already pointed to interest in investing in Brazil, says the IJL president. With the exception of Las Vegas Sands, everyone supports the release of all modalities.

In May, the IJL talked to 238 federal deputies about legalization. The study, conducted in partnership with Paraná Research, revealed that 52.1% of parliamentarians are in favor of regulating all types of games. Another 40.8% said they were opposed and 7.1% did not know or did not respond. The survey also found that 40.1% of them support the installation of casinos in tourist cities, while 7.2% advocate resort legalization.

President Jair Bolsonaro has already expressed his support for the legalization of gambling and the installation of casinos in tourist resorts. Davi Alcolumbre, president of the Federal Senate, and Rodrigo Maia, leader in the Chamber of Deputies, also have a favorable position.

“In Congress, it is not all bad. The evangelical workbench has been divided, and what could once have been a hindrance is no longer. Unfortunately, due to the congested agenda and other major votes, the bill should not be voted on this year,” says Alexandre Sampaio, president of FHBA (Brazilian Federation of Lodging and Food). “If legalization happens, we will need the support of foreign companies that have business expertise,” says Sampaio.