‘Casa de Apostas’ website, that already supports Santos and Cruzeiro clubs, has expanded its brand presence by sponsoring the new product of media giant Globo, ‘Central de Estatística’ (Statistics Center) hosted by journalist Fred Ring. The show works with a database to determine the trends of the results of all games. Also, the brand counts as anchor of action with one of the biggest figures in the sports journalistic branch of Brazil, Renata Fan. 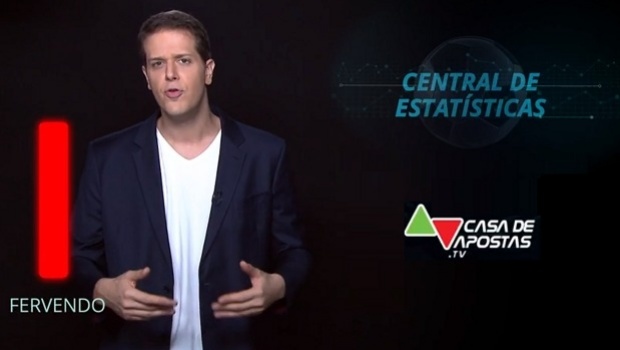 ‘Central de Estatística’ was released last Friday (11th) hosted by local famous journalist Fred Ring, presenter of Tá na Área on SporTV and the Cartola FC show. Once a week, always before the weekend round, the program will be helping to understand which trends should happen in all games of the Brazilian football championship.

The show works with a database of more than 30,000 goal chances recorded in 1,000 games to determine the trends of the results of all matches, along with a detailed analysis of the 5 most relevant games of each matchday. A "favoritometer" with different states such as "cold", "cold", "warm", "hot" and "boiling" will help to better understand what can happen with each team.

The company sponsors the show through “Casadeapostas.tv”, a website with statistical information but where fans can’t bet since the brand prefers to wait until Brazil has the regulated activity to promote bets on its websites. The partnership will last until the end of the Brazilian championship.

“It's a digital board with daily calls on open TV and an official advertisement of ours on Sundays during the break of the spectacular sport. We have as anchor action one of the biggest figures in sports journalism in Brazil, that is Renata Fan ”, explained Hans Schleier, Marketing Director of the Betting House at Games Magazine Brasil.

‘Casa de Apostas’ is an online sports betting tracking company founded in 2013 in Europe. The Group has subsidiaries around the world with a vast technical staff and numerous customer base.

Beginning with Law 13,756 / 18, signed on December 12, 2018, the casadeapostas.com website began the project to adapt to the Brazilian market, effectively establishing its activities in the country in April 2019 sponsoring popular football clubs Santos and Cruzeiro.