Gaming Laboratories International (GLI) has been named ‘Responsible Business of the Year’ in the 2019 Global Gaming Awards. “We are honored and humbled to be recognized by the global gaming industry for our efforts to be a responsible business and to be a good partner to our host communities around the world,” said President and CEO James Maida. 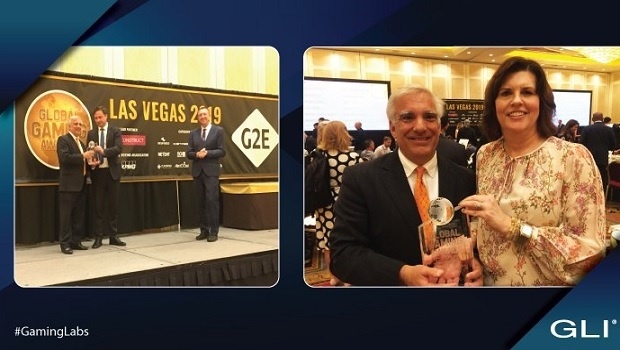 “We congratulate our fellow nominees, each of which takes corporate social responsibilities initiatives seriously,” Maida added.

For example, earlier this year, GLI created a giving partnership with the Association of Gaming Equipment Manufacturers called the Lasting Impact Philanthropic Initiative, which has donated US$500,000 to UNLV’s College of Engineering and US$200,000 to the Dr. Robert Hunter International Problem Gambling Center over the next two years.

The company proactively seeks diverse candidates for each of its 24 locations, and green-oriented efforts at each location saves countless power wattage and paper annually.

Now in their sixth year, the Global Gaming Awards are produced by Gambling Insider magazine in association with G2E and independently adjudicated by KPMG Isle of Man. The Awards were decided by the event’s largest Judging panel to date, which was preceded by a period of self-nominations and analysis from the Gambling Insider editorial team and a nomination panel.