Brazil’s Tourism Minister, Marcelo Alvaro Antonio, met with Lawrence Ho, chairman and CEO of the Melco Resorts & Entertainment hotel and casino group. The businessman revealed that he has plans to invest in Brazil, mainly in the cities of Rio de Janeiro, Sao Paulo, and the Northeast and North. The group promises a project 'bold and with Brazilian roots'. They will make a technical visit later this year to the country to see tourist destinations. 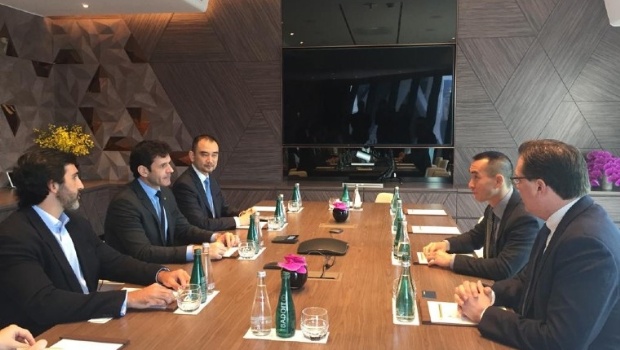 Investors of Melco Resorts & Entertainment, at the invitation of the minister, will make a technical visit to Brazil later this year to visit tourist destinations for future investments in the country. The cities of Rio de Janeiro and Sao Paulo, and the Northeast and North are some of the locations in the group's plans.

Melco Resorts & Entertainment is one of the hotels and gaming giants in the world. The company is developer, owner, and operator of casino gaming and entertainment casino resort facilities in Asia and beyond. The group operates numerous properties in Macau, including Altira Macau (104 gaming tables, 129 gaming machines and 230 hotel rooms), City of Dreams (476 gaming tables, 724 gaming machines and 2,170 hotel rooms and suites) Studio City (292 gaming tables and 957 gaming machines), and Morpheus. In the Philippines, a subsidiary of the company operates City of Dreams Manila, an IR in the Entertainment City area of Manila.

The meeting took place at the conglomerate's latest venture: the Morpheus Hotel, which alone generates about 7,000 jobs and revenues of US$ 5 billion, focused on the local workforce and economy. It is one of the main highlights of Macao, made in five years at a cost of US$ 1.1 billion.

“We are ready to receive them. I am sure the partnership will be very prosperous. The group will have the security they need to invest in our destinations. I am sure many will come,” said Álvaro Antônio.