The president of Brazil’s Embratur, Gilson Machado Neto, met this Thursday (17), with the president of Turismo de Portugal, Luiz Araújo. In Lisbon, both discussed the tourism management model of the countries, the importance of capturing foreign tourists, and discussed the Portuguese government's collection from gaming. Machado Neto was accompanied by Embratur’s Marketing Director Osvaldo Matos and Rafael Luisi, advisor to the Institute's Presidency. 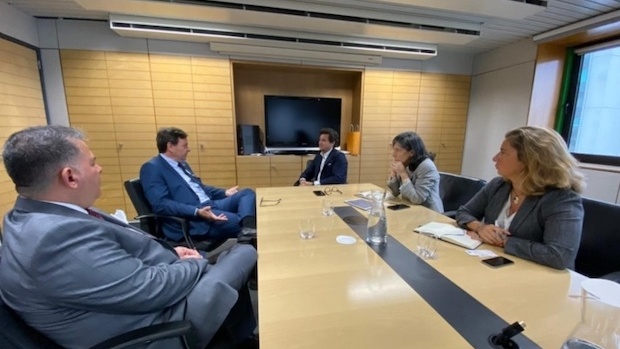 "Portugal is a success case in tourism, receiving more than twice its population in tourists. This conversation is important to improve our relationship and understand what was done," said Machado Neto.

Currently, Portugal receives 24 million tourists a year. The United Kingdom is a major issuer with 18% of this number. Luiz Araújo also reported that 300,000 Chinese visit the country annually and that measures such as partnerships with companies for issuing visas helped to improve the relationship with the Asian tourist.

He also explained that Turismo de Portugal is a public company, linked to the Secretary of State for Tourism. They spend 60 million euros on national and international promotion alone.

"We saw the robust structure of Portuguese tourism, which with investments achieve these results. We will disclose ecotourism to the Portuguese and strengthen the relationship of our countries," said Machado Neto.

The president of Embratur explained that, with the support of President Jair Bolsonaro, he changed his focus of action. In addition to promoting Brazil's natural beauty, the government wants to improve the country's business environment.

"Tourism generates employment, generates income. We need to foster the sector and help the Brazilian economy. We are open to dialogue with all who wish to cooperate," he said.

Machado Neto was accompanied by Embratur Marketing Director Osvaldo Matos and the institute's Presidency advisor Rafael Luisi. They also discussed the collection of the Portuguese government from gaming (casinos and other betting modalities).

The Portuguese government raise 200 million euros with gaming per year and have legislation that guarantees the transfer of part of these funds to the municipalities, with a market that is constantly monitored.

"This is a topic that we are studying deeply at Embratur. The regulation of a casino format, as is the case with clusters, can be interesting for the country," concluded Matos.