With André Akari as a big star

Since the BSOP Millions 2019 tournament grid was announced, a lot of people have wondered what the “to be announced” space meant for the final days of the event. The wait is over and the news has been announced: the tournament that fills the missing space is Event # 33 on the calendar and is called “NLH MICRO MILLIONS - AKKARI'S ROAD TO PSPC”. 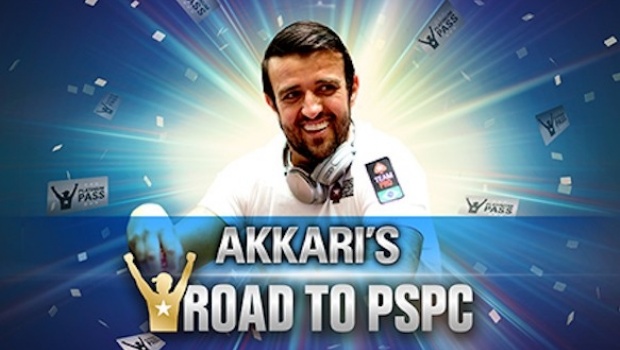 The name is long, but that is because the awards will also be big. The tournament, with a buy-in of R$ 350 (US$ 85), will have the thunderous guaranteed prize pool of R$ 1 million (US$ 241,000). Played over three days, the tournament will have six qualifying groups and the structure will feature 15-minute blinds and 30,000 chips in the starting stack. This tournament is expected to easily exceed 3,000 entries and come close to breaking BSOP's own records.

The event will be hosted by pro player and PokerStars Team Pro André Akkari, who will head the party by acting as a true master of the game. In addition, some other notable names who will participate in the tournament will also be announced shortly. This tournament will feature some special online satellites at PokerStars starting November 5th.

However, there are more good news: as the tournament title already makes clear, it will be a “path” to the highly coveted PSPC 2020 tournament, the PokerStars Players Championship, which will take place in Barcelona in August 2020. , "Micro Millions - Akkari's Road to PSPC" will award the champion with a Platinum Pass, which is valued at approximately US$ 30,000.

The Platinum Pass is the passport that leads the winner to the Pokerstars Players Championship. PSPC is a US$ 22,500 entry tournament and is the championship every poker player dreams of playing.

BSOP Millions is a festival that, besides distributing the biggest prizes in Latin America, brings together thousands of amateur and professional players in a grand event that ends the Brazilian poker season each year. And over a season with six more events across the country, BSOP has met more than a hundred trophy-winning players into sports history.