Can betting release be good for Brazilian football?

Brazil will release the betting activity on sporting events very soon. This is a money-making industry in the world, plus some headaches. Economist Cesar Grafietti, in his column on the InfoMoney website, outlined a brief profile of the international scene, how clubs and federations make money from it, and what to expect for Brazil's future with a billion-dollar market for sports ahead. 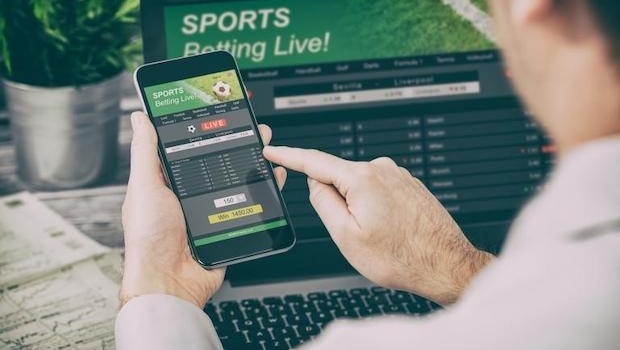 It is a market that has very different degrees of regulation and transparency. The data available is in Europe, which is the big western market when we talk about sports betting. Incidentally, an initial qualification on betting market diversification is important. The European Gaming & Betting Association estimates that there are around 12 million active gamblers in Europe in 19 countries with gambling regulations. This represents 3.5% of the population over 18 in these countries.

In the largest European market, the United Kingdom, there has been effective regulation since 2005. The rules in 2014 were adjusted to absorb the huge amount of online gambling sites that operated outside legal jurisprudence. The size of this market is around € 26.2 billion and distributed as follows: 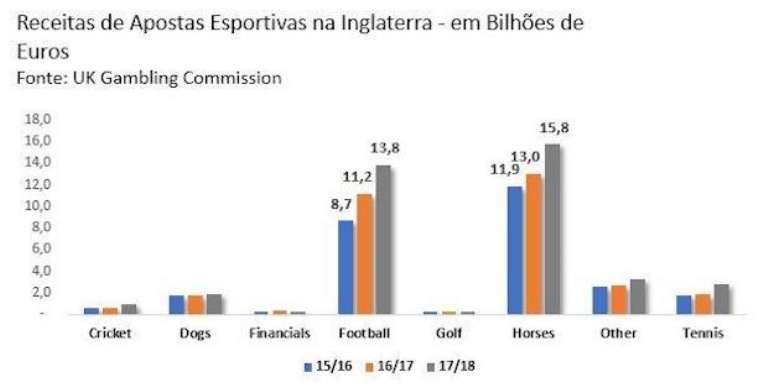 The data means that online and offline football bets represent 35% of the segment's total. Of these revenues, the gambling stake (GGY - Gross Gambling Yield) is € 3.0 billion (about 9%), and in football the amount is € 1.7 billion (margin of 12%). This is an industry that not only generates revenue, but also generates taxes and jobs. In the UK sports betting left about € 1.5 billion to the state coffers, while the entire sector generated 106,000 direct jobs.

But it's not just flowers. There are major questions regarding the social impact of gambling on people's lives. In addition to the financial side, there are issues like addiction, which affect about 430,000 people in England, according to UK Gambling Commission data. Because of this, the industry is seeking self-regulation, and by its own decision, stopped advertising in the games from 10 minutes before the kick-off, as well as during playing time.

It is currently forbidden to advertise before 9 pm and the biggest bookmakers want a full ban. This has already happened in Italy, but through a law that prohibited not only TV and online advertising, but also the shirts of Italian football clubs. As an example, this meant Lazio lost an annual revenue of € 7 million, which was one of the top 10 in Italy.

For clubs, there are basically two impacts of sports betting: the first is sponsorship of bookmakers on shirts and uniforms or as betting partners. In Premier League, UK First Division of football, 10 clubs have as their main sponsor a bookmaker, representing 50% of clubs. An important detail is that none of the six largest is among the sponsored. As the values contributed are relatively low, the betting houses look for smaller teams, but they will play against the big ones and have their brands exposed at low prices.

According to Sportcal data, sports bookmakers invest around € 300 million annually in advertising, with the largest investment being from Turkish SporToto, with € 25 million annually. In this sense, English football absorbs 23% of the total advertising investments in the sector. But in practice, it represents only 4% of the margin (GGY) of bookmakers. The other way clubs and federations can benefit from sports betting is by selling so-called “Betting Rights,” which in effect means authorizing the use of the image or brands in business.

And what about Brazil?

At the end of 2018, a bill was approved authorizing the exploitation of bets called “fixed-odds”. That is, who bet knows beforehand the prize in case of hitting the prognosis. The law defined the distribution of the collected amount as follows:

To make a quick account, we will use two potential markets, indicated in a study by FGV: R$ 4.5 billion (US$ 1.05bn) would be the current market for betting on foreign sites and R$ 10 billion (S$ 2.4bn) would be the market when regulated in Brazil. If we take the English reference, where 10% of bets are made in stores and 90% online, we would have the following values:

Thus, the part that would fit the clubs should not be very different from the R$ 100 million (US$ 24m) annually, to be divided among all clubs - at least of the four National Series, plus Brazil and State Cups - indicating small value per club. We should have a deal between clubs and bookmakers to use the brands. Hence will come some value, which is not yet clearly defined and can be traded on individually.

Already from the advertising that bookmakers will do may come something. But, at first, there may be a market warming to promote the brands, but if we take England as a reference again, only 4% of the share that is with the betting houses is contributed to the clubs. In Brazil, this would mean somewhere between R$ 25 million (US$ 6m) and R$ 32 million (US$ 7.7m) when in normal operation. At first, it should be more, but you can't expect a lot of money coming from betting. For example, Caixa contributed nearly R$ 140 million (US$ 33.5m) annually in football, and it does not appear to be the bookmakers occupying this space.

Something that can generate more money is Betting Rights, which today do not exist. In Pelé Law, there is a regulation that allows the use of free game images for betting purposes. Therefore, you must first change the law and then set charges. FGV estimates about R$ 300 million (US$ 72m) per year on Betting Rights in Brazil, which should be reverted to clubs, thus increasing earnings from the betting business.

The activity is in the process of regulation in the country and, if it follows the expected procedures, should start operating in the second half of 2020. Regardless of the forecasts of amounts to be contributed in clubs, it is impossible to dissociate them to the financial reality of the business. If for R$ 10 billion (US$ 2.4bn) the bookmakers will get R$ 800 million (US$ 192m) gross, you can’t imagine that much more than 10% or 20% end up returning to clubs in any of the ways mentioned.

Obviously, the bigger the market, the bigger the pie to be distributed, just as, in the beginning, there are more investments in brand building and industry. But the idea that betting will transform Brazilian football is overstated. They haven't changed football in Europe, and they won't do it in Brazil.