Positive initiative of the bookmaker

Before the match of the Fortaleza men's team against Flamengo in the Brasileirao championship, the club players went out to the Castelão field with a flag that read: “Netbet bets on women's football… what about you?” The so-called Tricolor is the only women's team in Brazil to be supported by an online bookmaker. “We are looking for initiatives to support women's football and have seen a perfect opportunity in Fortaleza,” said Alceu Aragão, Country Manager at NetBet. 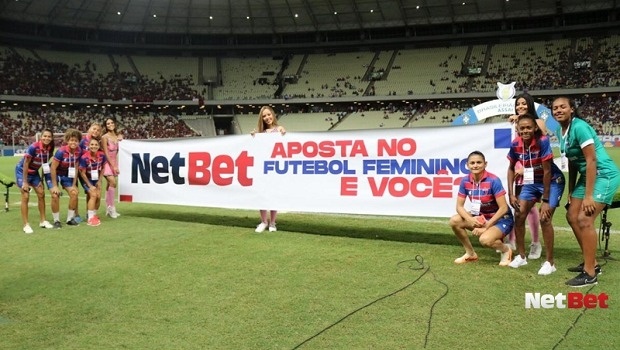 "In Brazil, there are still few companies that are investing in women's football. With the French World Cup, things have changed, but the numbers have remained low. We, at NetBet, who breathe the sport, were already looking for initiatives to support women's football and we saw a perfect opportunity for the Fortaleza team," says Alceu Aragão, NetBet’s Country Manager Brazil.

In September, Fortaleza Esporte Público officially announced that NetBet sponsors its women's football team, which has resumed activities this year in two categories, the professional adult and the Under-20. The Tricolor is competing in the U20 Development Tournament, and the adult prepares for the Cearense Championship. NetBet arranged sponsorship up to the end of the year, and Fortaleza is the only women's team in Brazil to be supported by the online gambling website.

“Women's football today is a reality, it is important that we can make stronger football league every year and that we can play every competition we have available. We have formed a technical committee with extensive experience, which has worked with women's football”, explains Fortaleza's base director Roberto Moreira.

“There are many reasons that led us to sponsor women's football, but one of the main was innovation, doing it differently than everyone else does,” adds Aragão.