The Poker Tournament Directors Association (ADTP) of Brazil held its 6th event last Tuesday (22) and Wednesday (23) at the WTC Sheraton in Sao Paulo. The organization has taken another step in consolidating and standardizing poker tournament rules across Brazil and Latin America. More than 140 participants attended the event, including dealers, floors and tournament directors from across the country and the continent. 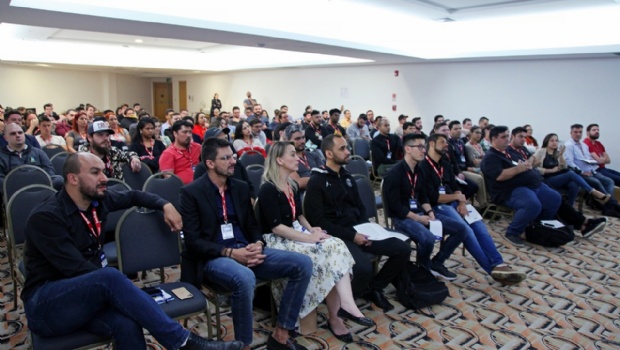 The meeting once again represented a fundamental space for debate and improvement of rules and procedures in a poker tournament, following the international standard of the Tournament Director's Association (TDA) regulations.

As usual, the meeting was opened on Tuesday morning by CBTH President Ueltom Lima, who spoke about the importance of ADTP in what it proposes and how the debate on the rules should favor a more fun and enjoyable poker game for players, especially beginners.

Presented by Devanir Campos, DC, BSOP tournament director, the issues that could change the rules were the subject of intense debate. For example, betting procedures, penalties, time bank adjustment and dealer conduct were discussed in the case of accidentally exposed cards on the table.

"It's very nice to see this poker policy debate space strengthened by the presence of people from all over the country interested in discussing, excited to learn and apply what they have learned in their clubs, their tournaments and their states," said DC. “Each year, this initiative proves to be the right one. Proof of this is that we have had a decrease in the number of rules edited in the comparison of ADTP 2017 until now.”

On the first day of the event businessman Gabriel Castro, from Poker Web, gave a talk about his software that uses technology to service tournament management, while consultant, professor and sales expert José Ricardo Noronha explained how poker clubs should strive to win, surprise and retain players by building experiences in the gaming environment.

On the second day of the event, there was a review of the previous day's discussions on the regulation and a panel of discussions on awards and other issues. This was followed by a lecture by Jorge Breda on the Online League H2 Brazil and a workshop on decisions about complex situations. Finally, it was the time of giving the certificates to the participants.