The local National Casinos Commission issued new requirements for companies that wish to operate in the country in what seems to indicate a market opening. Games Magazine Brasil spoke with Soraya Roye, businesswoman of the sector that has been working since 1991 in Venezuela. 'The current government and the one that comes know that the country needs to grow, with dollarization the casinos and the gaming machine halls are within the recovery of the source of employment,' she says. 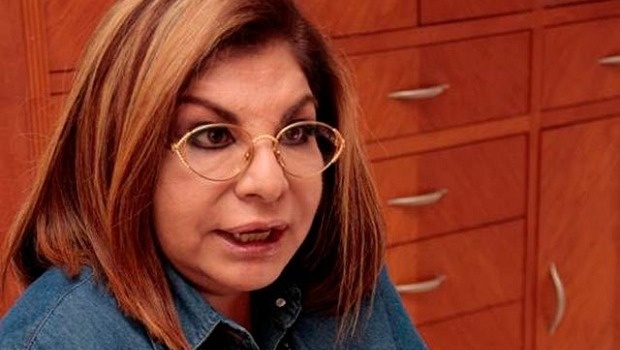 GMB - Tell us a little about yourself and your career in the gaming sector in Venezuela ...
Soraya Roye - I have been in the gaming sector since 1991 in Venezuela, also participating in aspects of legislation in the country. As an entrepreneur, we have our own businesses as operators. And in the field of machines, from purchase to maintenance, as purchasing manager of a local corporation.
As operators, we are present in Mexico, and we also had business in Santo Domingo, Panama and Costa Rica. My husband, Walter Lucci, is the one who carries out the operation and administration of the gaming halls with a highly qualified staff and procedures that give optimum results. We take care of the entire business, from the turnkey opening or only its operation with permanent staff training.

What is the situation of the sector in Venezuela today? Is it a closed market, allowed only for lotteries?
The situation of gaming today in Venezuela is closed in general. It only exists on Margarita Island, where there are 7 casinos. Unfortunately, it is depressed by factors outside the sector such as problems in public services and lack of flights to the island.
In relation to the lotteries, they have already begun to reactivate in the most important states with the contribution of private entrepreneurs. Something similar happens in Margarita, where the hotel businessmen themselves are betting that a political change will come and they are investing in hotel and own services improvements.

The few news or rumors that arrive from Caracas speak of a possible opening or easing of rules for the return of activities such as casino or bingo halls. How much is true? Does the government have another position now?
The current government and the one that comes are clear that the country plan needs to recover economically, and this is something that can only be done by private businessmen. If there is an opening overlapped by dollarization, casinos and gaming machine rooms are within the recovery of employment source. In addition, it will generate revenue to the Treasury for the tax part. Reactivating after 10 years is not easy, but here it is perceived that there are already changes forced by the economy itself and those who are part of the business community that does not want to leave Venezuela know that we continue to have the greatest wealth in the region. With correct strategy and public policies, this will improve very quickly.

Recently, the National Casinos Commission released new requirements for companies that wish to operate in the country. Have they become more flexible than the previous ones? How do you analyze in general the 23 points of the document?
Yes, they have become more flexible. That clearly indicates that, if the conditions are met, these requirements fall within the law that has always existed since 1997. The fact that there is already a commission dealing with the paper to print the licenses, is already a step forward.

Could a foreign company currently arrive in Venezuela, install a casino and periodically withdraw its profits in dollars? Can they import slot machines without problems or are there still restrictions? Do you know the position of the USA before the possibility that their companies send machines to Venezuela?
Yes, a foreign company can settle without problem as long as it declares the origin of the funds, since here there is an anti-terrorism law that, precisely, is required more strongly to those related to gambling in the country. The illicit law was repealed, and it is legal to work with foreign currency, as well as repatriate your funds as a result of your investment and return of your capitals. I do not know that there is any law or impediment to the importation of technology and equipment, therefore, it will be a strategy of each company to bring their equipment and manufacture or assemble locally, since it generates even more employment.

Is the position of Venezuela’s possible future government with respect to the gaming sector known in case Nicolás Maduro is not re-elected?
Yes, so far there is good receptivity for everything that is commercial openness and attractiveness for investment and job creation in the field of entertainment.

Is Venezuela prepared for a complete legalization of the activity? Or are there several more crucial key problems to solve such as energy and water supply?
There is much to do, I would say everything. The most important thing is to tell the world, the industry, that countries don't end. Here we are the entrepreneurs, willing to solve with power plants, water tanks, and whatever it takes to make our customers feel at ease. And so again provide a good customer service to public in general.

How is the situation among local entrepreneurs? Do you see the moment as an ideal to take off and refound the industry? Is there union between all of you to generate a strong movement?
Yes, we see that it is time. Where there is a crisis there are great opportunities, and this is one of them. We are all united, without political or social distinction. Venezuelans learned in these 20 years that only united, working day by day and with honesty, we will get our nation forward.

To speak today of Venezuela and the gaming sector in a context of deep social crisis may sound contradictory, but at the same time thousands of jobs would also be opened in a well-controlled sector, right?
In Venezuela there is a climate or feeling that, who wants to earn money, looks for their space to achieve it. As in all countries that go through social crises, there is a poor emigration that left the country, and a second group, the middle class, who also decided to emigrate. And there remain those who bet that the country can be taken out of the crisis regardless of the government. In that context, I believe that the gaming sector will be a litmus test for those who want to bet on a broken country, but at the same time, the richest in the region with their own resources that are already known to the world. Smart businessmen know perfectly well that Venezuela will soon be afloat for us, because here we don't believe in invasions or Midas Kings, much less in Messiah. We must speak clearly with both sides and tell them the truth: either they let us work or we will all be sunk in the worst of subhuman life.

What happens with the online gaming in Venezuela today? Many of Latin American countries have already opened up to legalize and are in the regulatory phase, as it is a good source of tax revenue. Is this talked about in Venezuela?
The online gaming is progressing, but much remains to be done. The public even lacks more online culture in general. And there is no legislation on the subject.

Finally, do you want to send a message to local and international entrepreneurs about what you think is coming in your country?
The message is clear. One thing is what social networks and radical political groups sell, and another is what we see here in Venezuela face to face. This is already defined. The two governments know it: Venezuelans are all working to recover our economic spaces. People are organizing, and many are re-undertaking. So, my message is that we should not be afraid, this is the time to invest in the gaming sector, be a strategist, and build trust between us, since in the end we are the ones who really know about the business. The government is clear that the way out of the economic crisis is that they give fluidity and legal guarantee to invest. It is something that the world is demanding. We only ask you not to leave us alone, Venezuela needs you all.