The future of the two casino ships moored to the harbour in Buenos Aires has been left to the Supreme Court. The highest court must decide whether to accept a complaint filed by the Government of Buenos Aires against a judicial measure that allows the operating company of the floating gambling halls to continue with the business even though their contract expired in October. 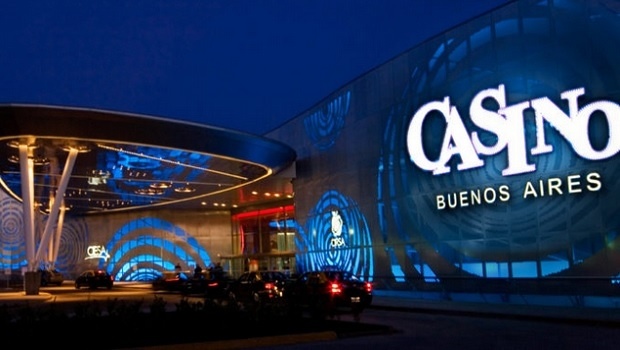 According to sources confirmed by the Buenos Aires Government to local daily Clarín, the Office of the City and Lottery of Buenos Aires has filed a complaint, after a Chamber of Appeals upheld the decision in favour of the claim put forward by the company Casino de Buenos Aires.

The Supreme Court has no set deadlines as to whether it will decide whether or not to accept the complaint filed by city hall. As a result the situation could last for years. The casinos provide work for nearly 3,500 people and offer more than 1,400 slot machines and 120 gaming tables.

The first floating casino was granted a licence under then-President Menem in 1999. Via presidential decree, Menem granted the floating casino a licence on the grounds that it was on the River Plate and not in the city limits as casinos are forbidden under law in the city. In July 2004, the government granted Spanish gaming company CIRSA the right to operate a second boat alongside the first. Because the boats are officially in national waters and not in the territory encompassed by the Buenos Aires city limits, they have until recently fallen under the jurisdiction of the federal government, where casinos are legal.

Once the licence ends for the floating casino it may not be renewed as set down by the Buenos Aires Constitution. In July 2017, it was revealed that the team in charge of carrying out negotiations for the transfer of control of gaming to the city were evaluating the possibility of nationalising it. Although not in line with the wider economic policy of the administration, it would arguably be preferable to the loss of 2,000 jobs plus millions of dollars lost per year in gaming tax revenue.

In August 2018, it was revealed that city Mayor Horacio Rodríguez Larreta was looking at a number of options when it comes to the future of the floating casino in Buenos Aires. The casino is an important source of income for the city finances as the local economy continues to shrink.