Bingos revive in Brazil and heat lobby for casino legalization

Forbidden in 2004, bingo cards have started to resurface in recent times thanks to a loophole that allows draws promoted by charities. But the legal buzz used by bingos confirms the thesis of industry representatives that gambling is a reality in the country, despite the lack of regulation. Brazil bets on hypocrisy: it pretends to prohibit the activity, while bets take place wild in hiding. 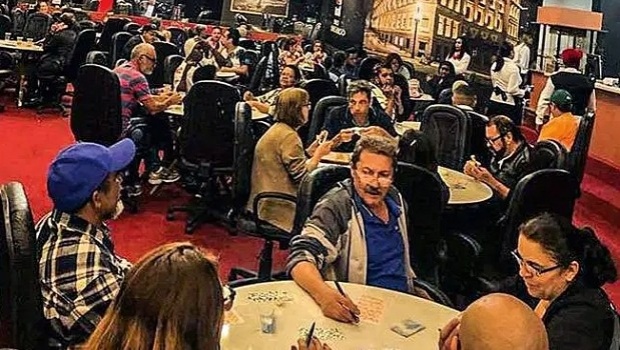 In the 1990s, bingo houses multiplied across the country, but soon became synonymous with illegal actions, amid allegations of evasion, money laundering and the creation of ghost clubs to fulfill the requirement to allocate part of the revenue to sports entities. Forbidden in 2004, bingo cards have started to resurface in recent times thanks to a loophole that allows draws promoted by charities.

Establishments of this kind in cities such as São Paulo, Porto Alegre and Rio de Janeiro returned to the circuit based on injunctions supported by the Regulatory Framework of Civil Society Organizations. According to it, it is possible to distribute prizes through sweepstakes as a way for NGOs to raise funds to maintain social projects.

As has happened in the past, the good intentions of the legislation gradually open the way for the smart guys who embark on nebulous social project partnerships with bingo house operators. In one of these addresses, located in the central region of the state capital, gambling was released as a way to help raise money for a social project aimed at children that had already finished its activities.

Despite the permission of the current legislation to distribute prizes through sweepstakes, there is an opinion that requires prior authorization from the Ministry of Economy based on criteria that corroborate the public utility of the beneficiary entities. In practice, however, enforcement has turned a blind eye. “We need clear rules for the activity to re-create jobs and pay taxes,” says Magno José Santos de Sousa, president of the Legal Gaming Institute. As the name already makes clear, the entity lobby for the legalization of betting in Brazil.

The legal buzz used by bingo confirms the industry's claim that gambling is a reality in the country, despite the lack of regulation. Brazil bets on hypocrisy: it pretends to prohibit the activity, while bets run wild in hiding.

After decades of legislative back and forth, the situation now has a real possibility of being resolved. An important sign was the constitution, about a month ago, of a working group of congressmen and senators in Congress to deal with the theme with the Minister of Tourism, Marcelo Álvaro Antônio. The idea is to make the dialogue between the pro-regulatory parliamentarians and the representatives of the evangelical bench that is radically against the proposal.

President Jair Bolsonaro (PSL) has already signaled his approval of the measure, but in order not to be on a collision course with his religious support base, he has proposed to give states a decision on when and how casinos will return. All this movement could take from the drawer the text that legalizes the modalities during the first half of 2020. It has been ready since August 2016, waiting to be voted on in the House.

However, there are still disagreements about the business model to be regulated. The format that includes casinos as a resort attraction tends to prevail. This is a reflection of the lobby of international industry giants that have been going to Brasilia in search of legal protection to make billionaires investments in the country.

The logic of the business is to bet only on pharaonic endeavors that give financial returns in the same way - hence the predilection for gambling complexes in a tourist destination context. This harassment of foreign investors has occurred at least since the government of former President Michel Temer (MDB), who was visited by Sheldon Adelson, a tycoon who has casinos tied to luxury hotels spread across Las Vegas, Singapore and Macau.

It was after Adelson's visit, also known as the biggest donor of US President Donald Trump's campaign, that pro-gambling lawmakers in Brazil came to defend the casino-resort model. More recently, the glimpse of retaking the glamorous past of the 1950s in Rio de Janeiro, when roulette wheels spun in the midst of Carmen Miranda shows in Urca, shone into the eyes of evangelical mayor Marcelo Crivella.

In addition to Adelson's company, five mega-companies in the sector have been interested to inject large amounts of money into the country as soon as regulation is out of paper. Luck is on, and Brazil will only have to win if clear rules are really created, so as to repeat in the country the success that this industry makes abroad.