Until tomorrow, October 9th, the XVII CIBELAE Congress is being held in Costa Rica. At the opening session, it was held the Board of Directors meeting, where Uruguayan Luis Gama Hernández was re-elected for the fourth consecutive term as President. In this new period (2019-2021), Caixa Economica Federal, that occupied the second vice-presidency through Paulo Henrique Angelo Souza, will no longer belong to the Board of Directors, as well as ALEA (Argentina) and the National Lottery of Mexico. 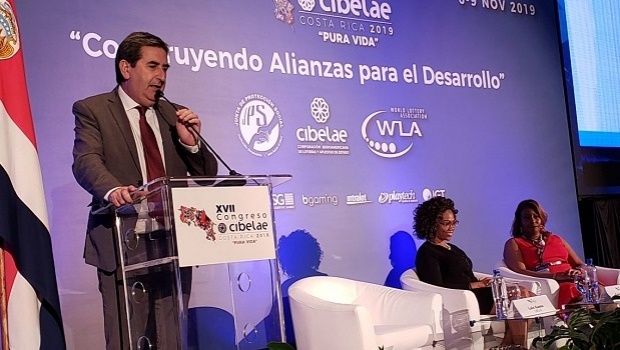 Luis Gama, Director of the National Directorate of Lotteries and Quinielas of Uruguay, was re-elected President for the period 2019-2021 and will preside over his fourth consecutive term at the Ibero-American Corporation of Lotteries and State Betting (CIBELAE).

The congress shows a record in registered with more than 150 participants. During the first day it was held the Board of Directors meeting, which had an intermediate room to meet again on the second day 8.30 am.

After this important act, the Corporation Assembly was held with almost all of its members, where the new authorities were appointed for the next period 2019-2021.

Among other issues approved by the Assembly, the Board of Social Protection of Costa Rica was designated as the Sub Headquarters of the Corporation.