In Rio Grande do Sul

Embratur asks for casino cluster and gambling release at Festuris

The president of the Brazilian Tourism Institute (Embratur), Gilson Machado, highlighted actions that have yet to be taken for tourism to become “Brazilian oil”, including greater visa issuance for foreigners, transformation of the entity into an agency, the release of casino cluster and gambling, and Mercosur partnership at the same European level. 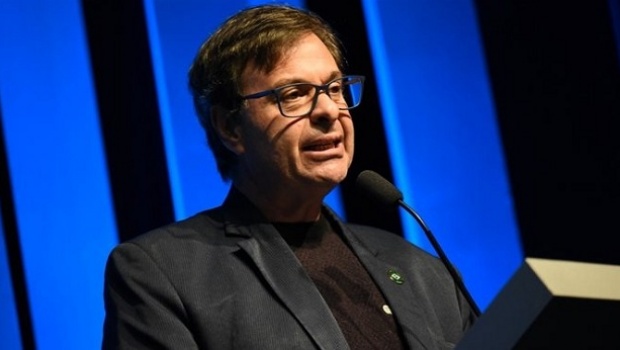 Following the words of Eduardo Zorzanello and Marta Rossi, organizers of the fair, it was the turn of representatives of Embratur, the Ministry of Tourism and the Government of Rio Grande do Sul to highlight the tourist chain and the benefits caused by the sector.

Gilson Machado, president of Embratur, named tourism as the “oil” of the future. “I was recently in a meeting with Jair Bolsonaro and had the opportunity to talk to him and convince him to release visa-free travel for the Chinese. This will generate support for the country,” he celebrates.

However, the executive states that many questions the decision and demand a type of filter. But, according to him, this is done normally. “Only 10% of Chinese have a passport. Even so, they represent 149 million tourists. Another filter is that the Chinese have only 12 vacation days per year. In short, it is not something that will disturb the tourist. We will welcome the Chinese,” says Machado, who seizes the moment to highlight that the opportunity will be expanded to Indians.

Even with these actions, the president of Embratur says more action must be taken, including increased visa issuance for foreigners, transforming the entity into an agency, casino and gambling cluster release, and Mercosur partnership at the same European level.

“We need to adapt our legislation, unlock the airlines, which suffer in excess with the judicialization of the companies, but, above all, start to speak well of our own country. We have 9 million Brazilians traveling abroad annually and we need to be patriotic and highlight the beauties and benefits of knowing Brazil,” he says.

Bob Santos, National Secretary for Interinstitutional Integration of the Ministry of Tourism, who represented Marcelo Antônio Álvaro, Minister of Tourism, used the word “celebrate” to highlight all actions that were taken to benefit the sector, such as visa waiver and kerosene reduction.

“It's time to celebrate the gastronomic routes, the natural charms, the millions of businesses with local venues, the diverse subjects that comprise the segment. Our GDP grew and Tourism followed this leverage, with an increase of 3.2% this year,” prides the executive.

Eduardo Leite, governor of Rio Grande do Sul, stressed the importance of government support and working with the private sector. “People want good experiences, so good infrastructure is needed, such as air, road and entertainment. I see park concessions with great enthusiasm,” celebrates the professional.

In addition, Leite advanced the work on enabling a new airport in Serra Gaucha. “This type of infrastructure is the responsibility of the government. This way, we give space for those who want to undertake,” he concludes.