After dispute for bench control

This weekend, evangelical deputies expressed in different local media and social networks against the possibility of legalizing gaming in Brazil. Correio Brazilense newspaper assures that resistance, however, may be more associated with the dispute of the control of the bench. The current coordinator, Deputy Silas Câmara (Republican-AM), is in dispute with Deputy Sóstenes Cavalcante (DEM-RJ). Once the battle is over, “Centrão” parliamentarian’s bloc believe that the religious will be convinced to support. 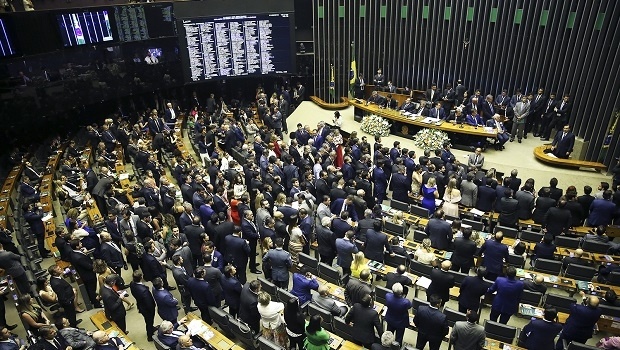 The legalization and regulation of gambling is another agenda discussed internally by the Executive. The idea is to release casinos in hotels and resorts integrated with convention centers. The agenda has been taken over by Embratur President Gilson Machado, who has a close and direct dialogue with President Jair Bolsonaro. The Brazilian Association of Bingos, Casinos and Similar (Abrabincs) estimates that the regulation could generate a collection of R$ 18 billion (US$ 4.25b) to the states.

Although the debate is on the table of President Jair Bolsonaro, the idea is for the government to build an understanding on the matter with Congress. Even sensitive to the agenda, the head of the Federal Executive will not raise the flag alone. “He is listening. We are working to convince him,” Machado told to Correio Brazilense. Embratur's representative says he will continue to tour the world seeing casinos and holding talks not only with the Presidency, but also with Congress and law enforcement officials, in order to build political and social understanding for the approval of the matter.

The main challenges on the agenda are the legalization of gaming. Bill 442/1991, which deals with the subject, is ready to be voted on in plenary, but there is no consensus. The text is seen as very "liberal". Mayor Rodrigo Maia (DEM-RJ) is not in favor of a wide legalization but is sensitive to the release of casinos in hotels and resorts. For this reason, some believe that the text in the Chamber is unable to move forward.

As the government wants to avoid discomfort with the evangelical bench, the current approach is to support Senate Bill 186/2014, seen as “less liberal” and easier to please critics. “My work is for the international dissemination of Brazil and fundraising, but I have been following and the (text) that is in the Senate (is better),” commented Machado. Another bet would be to support a new project specific to the regulation of gaming in the country.

The resistance of evangelicals, however, may be more associated with the struggle for control the bench. The current coordinator, Deputy Silas Câmara (Republican-AM), is in dispute with Deputy Sóstenes Cavalcante (DEM-RJ). Once the battle is over, “Centrão” parliamentarians who are supporting the discussion of the legalization of the sector believe that the religious will be convinced to support.

The president of the Joint Parliamentary Front for the Approval of the Regulatory Framework of Gaming in Brazil, Deputy Bacelar (Somos-BA), admits that there is a favorable climate being built to vote on a project, but he criticizes the idea of only partially legalizing the activity. “It's no use releasing gambling in the casino and, outside, other modalities, such as jogo do bicho, are prohibited. It is wasting huge revenue-raising and job-creating potential,” he said.