Representatives from the Macau Trade and Investment Promotion Institute (IPIM) visited Fortaleza (Ceará state) and Rio de Janeiro on an official mission to strengthen legal cooperation between de Chinese island and Brazil. At a meeting between the authorities of both sides as well as the Chairman of the Macau Bar Association, the Rio’s government expressed its willingness to cooperate with Macau, which can be very important when legalizing the gaming sector. 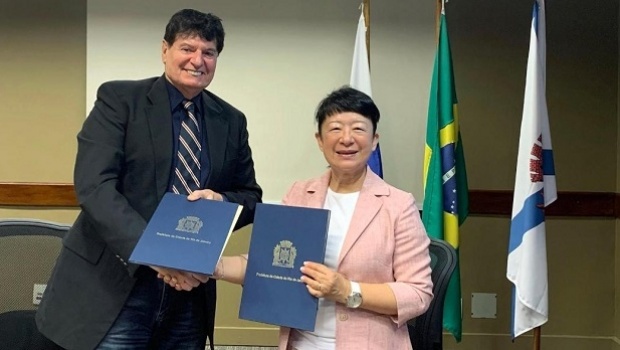 Attended by other members of the Macau Bar Association and Macau law professionals, the visit aimed to strengthen legal cooperation between the Chinese island and Brazil, with a special focus on Macau's role as a platform and arbitration center between China and the Portuguese-speaking countries.

The meeting was held at Rio City Hall and was attended by Antonio Fernando Cruz de Mello, Advisor for International Relations at Rio City Hall, and a Macau delegation led by the Chairman of the Board of Directors of the local Trade and Investment Promotion Institute; Irene Va Kuan Lau, as well as the Chairman of the Macau Bar Association and a group of Macau lawyers, Jorge Neto Valente.

The meeting expressed the willingness of the Rio de Janeiro’s government to cooperate with Macau, which can be very important when the gaming sector is legalized. “Rio has a lot to learn from Macau's experience,” it was said in the meeting attended by, among others, gaming expert Pedro Cortés, Rato Senior Partner, Ling, Lei & Cortés and ZLF Law Office.

"Both sides (...) acknowledge that this cooperation provides support for the development of the two cities, and agree, on the basis of that agreement, to develop, as soon as possible, the planning and launching of all work involved," said the statement released.

The ambassador, cited in the note, expressed the hope that the agreement would allow Macau to "take advantage of its role as a service platform for trade cooperation between China and Portuguese-speaking countries by attracting more companies from Macau and China in the sector of high and new technology to be established in Brazil."