"With casinos, we will triple the number of foreign tourists coming to Brazil"

Gilson Machado, the president of Embratur, defends gaming release and church participation in site selection. In the interview with Folha, he defends the models chosen by the governments of Singapore and Macau of clusters (Integrated Resorts with casinos) and believe that this way Brazil will attract tourist who spends. 'American groups have already said that if Brazil releases the casinos, they will have more than US$ 15 billion to invest here,' says Machado. 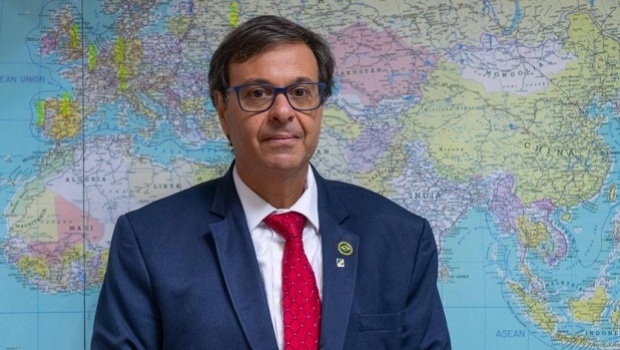 Brazil receives fewer tourists a year than the Eiffel Tower elevator (in France).” The sad sentence is from the president of Embratur (Brazilian Tourism Institute), the veterinarian Gilson Machado Neto, 51. According to him, 6 million foreigners come to the country annually, and the most famous tower lift in Paris receives 7 million visitors.

For Machado Neto, however, there are still many reasons to celebrate. He believes, for example, that Brazil should release the casinos.

On Wednesday (27), President Jair Bolsonaro issued a provisional measure that turned Embratur into a federal agency and increased its budget capacity.

What changes with Embratur's transformation into an agency?
I will have more autonomy to hire and hire. I will be able to make private partnerships and will move from a budget range of US$ 8 million to US$ 120 million per year. There is a study that says that every dollar invested in tourism promotion turns into US$ 20.72 in benefits for society.

Tourism is one of the few activities that will not be affected by technology, which will cause unemployment in several sectors except tourism. It goes from the pilot of the plane to the pilot of the van, from the hotel cook to the air conditioning factory.

Brazil today has US$ 8 million to invest in international tourism. Argentina has US$ 90 million, Colombia has US$ 120 million, and Mexico has US$ 400 million. Mexico is more violent than Brazil and receives 39 million tourists a year. We received 6 million.

What are tourism projects to warm the economy?
Today we see the government taking various measures that will stay in history. I was the national coordinator of the tourism thematic group, and one of the ideas the president is already putting into practice, which is visa clearance.

Our goal is job and income generation. The government is also issuing foreign capital to airlines.

Another very important thing is the significant reduction in safety indices. Crimes in tourist cases in Brazil such as Jericoacoara, Lençóis Maranhenses, Porto de Galinhas, Pantanal, Iguaçu Falls and Brasilia decreased by 25%. The rate of tourist violence on the Copacabana waterfront is the same as in international cases such as France. In tourist destinations, the reduction of violence is already over 80%. I myself was robbed in Miami two years ago.

Regarding visas, is it possible to measure any impact?
The president recently issued a visa to the Chinese, and we received this week (last) news that Brazil has been voted the best potential destination of 2019 and 2020 for China. In addition, we won the tourism World Cup at the largest fair on the theme in London, the WTM. We won the tourism Oscar and were elected the country with the greatest potential for growth and good business in the world, and even after the crisis (with the burning) of the Amazon.

We are gaining investor confidence. They find that we already have a structure ready. We have 40,000 hotels and only 45% occupancy. Hotel owners have a key in hand waiting for the guest.

Is there a complaint about the lack of training of the Brazilian?
We do a survey, and 96% of tourists want to come back and leave delighted. Yes, we need to improve English language training. But we are developing this in partnership with the Ministry of Tourism and Sebrae.

What do you think about gambling release?
We are studying with the Ministry of Tourism, with parliamentarians of the Mixed Parliamentary Front in Defense of Tourism, as deputies Herculano Passos (MDB-SP), and Marx Beltrão (PSL-AL) and Newton Cardoso Jr (MDB-MG), who is the chairman of the Chamber's tourism commission, a means for Brazil to adapt to a model of tourism cluster development.

What are clusters?
These are hotels and resorts integrated with convention centers, shops, concert halls and casinos. The Venetian Las Vegas Hotel, for example, has 7,200 beds, but employs 11,400 people directly. During the week I was there, there were over 120,000 people at a fair. Another thing, a cluster has a show arena and about 200 stores.

Does the project provide a specific location for this release, as it is in Las Vegas?
Who has to choose is the entrepreneur. But it has to be a project done in conjunction with Congress, the Federal Police, the IRS, and the ecclesiastical and evangelical churches. Did you know there is a church cluster that even makes marriage?

How to avoid money laundering with gaming?
A cluster has to comply with strict (corporate governance and anti-corruption) compliance and federal government monitoring. In fact, it is a means of combating illegal gambling. Casinos increase extra revenue and generate jobs and income. With casinos, we will triple the number of foreign tourists.

What model do you defend?
I like what was done in the governments of Singapore and Macau. There, a 3,000-bed hotel, 50,000-per-week convention center, and concert arena can have a casino. There is no specific location, it can be all over Brazil.

American groups have said that if Brazil releases the casinos, they will have more than US$ 15 billion to invest here. This was said at a meeting by the president of one of the largest networks in the world. There are few casino locations in the world. Brazil will attract the spending tourist.

What are the other projects to warm the economy?
I am fighting for a free zone of theme parks. A place that does not support only one. The requirements are that it is in a place that has people to work with and a nearby airport. The idea is to grant tax exemption on construction products and equipment, but not on services.

And I also want an open skies policy in Mercosur, as it is in Europe.

We need to make Brazil a paradise for cruises. We have no tidal wave, terrorism, earthquake. But we need to be a fertile business environment. For example, all over the world cruises comply with worldwide standards for work, here you need CLT. We are failing to earn income.