After over six months of development, Fasttoken showcased their blockchain-based casino games demo at ICE London. During the event, the team officially announced what they regard as one of the most ground-breaking news in the blockchain space: opening the full access to all codes regarding their state channels implementation, uniquely adapted to the gambling industry. 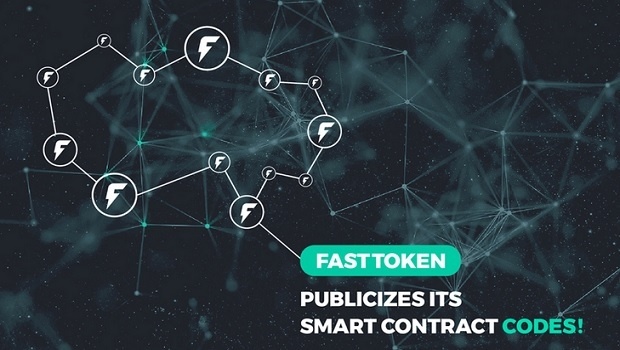 “Fasttoken is proud to be the first team that has taken the necessary steps to publicize their state channel implementation. The team is utterly convinced that healthy rivalry among competitors is highly beneficial for the industry, players and users,” states the company.

During last week’s ICE London show, the Fasstoken team officially announced the opening the full access to all codes regarding their state channels implementation, uniquely adapted to the gambling industry.

The market already has many platforms offering “unbelievable” blockchain-based gambling experiences in a transparent environment. However, to date, none of them have unveiled their codes of state channel implementation.

Ethereum promised to introduce native support for state channels later this year, which will lead to the further improvement of the technology making it more developer-friendly.

Till then though, Fasttoken gives a massive advantage to any blockchain developer to deal with codes and easily build blockchain platforms (including gaming platforms) without having to do a lot of heavy lifting.

“As one of the early initiators of blockchain-based gaming, Fasttoken feels responsible for providing exceptional gambling experiences to players. Also, the team wants to educate others, share their skills and expertise, and ultimately improve the technology, by any means possible. This step should shape the road to the next level of the blockchain revolution, which is shared knowledge,” the company continued.

Fasttoken is the all-in-one, Ethereum-blockchain based betting and wagering solution enabling decentralized, provably fair gaming in a completely transparent environment.

“Join the official Telegram group to learn more information directly from the Fasttoken team. Also, the official website is an excellent resource to keep yourself updated with the latest changes and enhancements to the technology. This announcement is just the beginning, a lot more is on the way, and trust us, you don’t want to miss out on any of that,” said the Fasttoken team.