With new introduced project, Brazil could install up to 32 casinos in its territory

At the beginning of the legislative work last week, Deputy Paulo Azi presented a new bill for the installation of casino resorts throughout Brazil, which delineates the number of casinos per state considering its population. GMB has produced a chart showing how many casinos the country can receive if the bill is approved and becomes law. The great highlight is São Paulo, the only state with more than 25 million inhabitants that could receive up to 3 casinos. 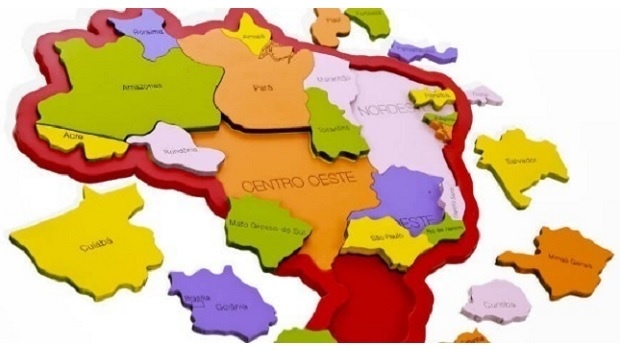 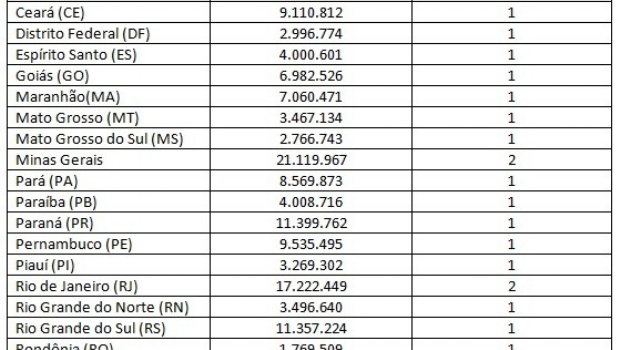 Following these criteria, the following chart shows how many casinos could receive each Brazilian state in case of approval of the new project. Check out: 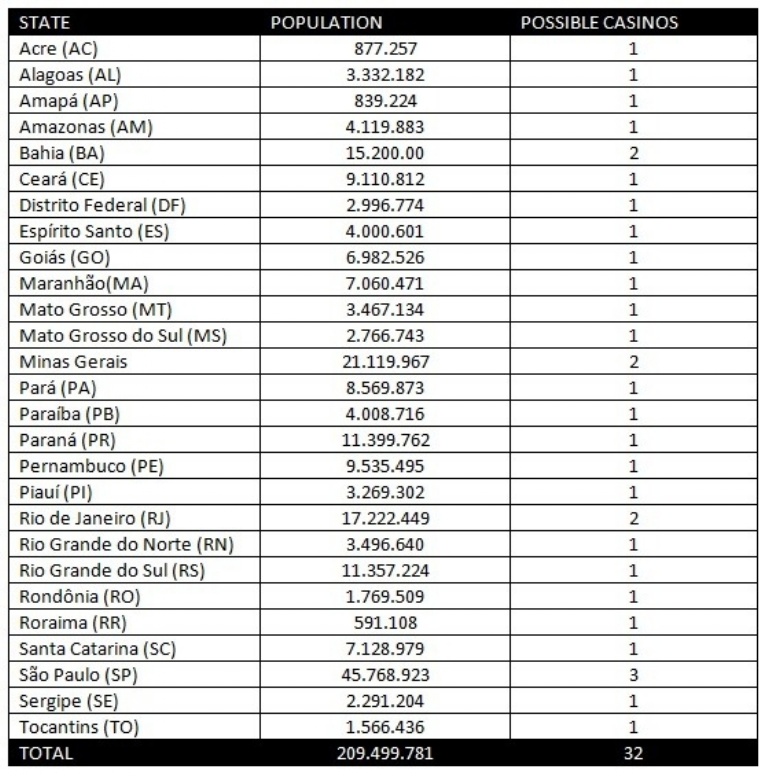