Italy has finally granted the concessions for the provision of online gambling services in the county after a lengthy process that experienced multiple delays. The local gambling authority, Agenzia delle dogane e dei monopoli (ADM), has awarded as many as 66 concessions to a group of operators that includes Lottomatica, bet365, The Stars Group, and GVC Holdings, among others. 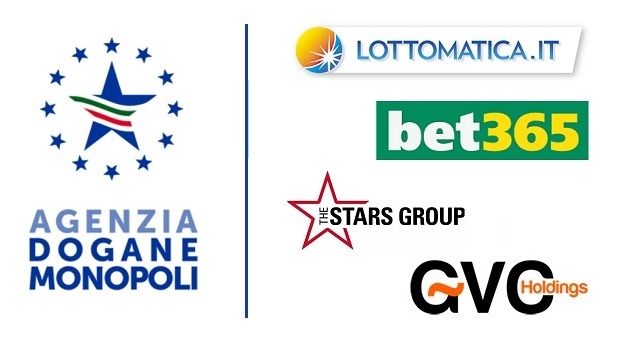 The ADM released the list of the approved candidates that will be allowed to operate in the local market. Their licenses will be valid through December 31, 2022.

The list includes local gambling operator Lottomatica as well as the local subsidiaries of major international companies such as bet365, The Stars Group, and GVC Holdings, among others.

ADM has awarded as many as 66 concessions. It has also issued licenses to four other companies but will treat them with reserves for reasons it said it would communicate to the licensees themselves. Those four companies are Scommetendo, Spati, Sogno Di Tolosa, and Universal Solutions, known to be the owner of the Betium online gambling brand.

Rabbit Entertainment (owner of Lapalingo and Lord Lucky Casino), Lottomatrix Operations Limited, Piper Limited, and Betclic Limited were among the aaplicants that were not awarded a concession or had withdrawn their application to participate in Italy’s online gambling market.

Italy was expected to launch the license application process back in the fall of 2017. However, due to multiple delays, ADM eventually began accepting applications from interested operators in January 2018.

The regulator said back then that it would cap the number of concessions available to 120, expecting massive interest from local and international companies. However, it received only 80 applications from around 70 operators by the end of the application process. The concessions were to be granted by the end of 2018, but Italian gambling regulators missed that deadline, as well.