Details of Osaka prefecture’s strategy for a so-called integrated resort (IR) have been previewed by Japanese media ahead of a formal announcement this week. The “Osaka IR basic plan” reportedly calls for a US$8.4 billion investment, somewhat short of the estimated US$10 billion figure mentioned by several large U.S.-based casino operators as the likely required investment in Japan. 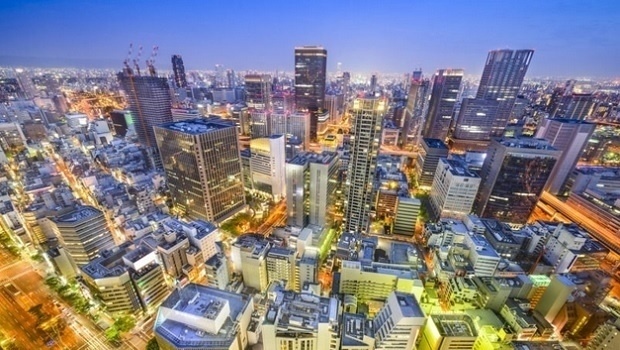 The information is included in reports from, respectively, the Yomiuri Shimbun and Asahi Shimbun.

The Osaka IR basic plan is to be considered as a guideline to establish casino resort plans in detail and to select an IR operator by Osaka prefecture and city. A panel of people described as experts in the sector has been advising the Osaka authorities, and held on February 6 a 10th round of meetings on the topic.

According to reports of Osaka’s plan, the city has set an ambitious project opening date of 2024, and has suggested the scheme would occupy 60 hectares of land.

Osaka has been one of the most vocal local governments in terms of its support for hosting a large-scale casino complex with conference and other tourism facilities as foreseen under Japan’s casino liberalisation policy.

The Osaka IR basic plan is said to mention circa 25 million visits being generated annually. The whole Macau tourism market, serving largely mainland China next door to that city, managed to generate just under 36 million visits for the whole of 2018.

Osaka estimated the annual revenue of an IR operator in the city would be US$4.35 billion, of which US$3.44 billion – circa 80% of aggregate revenue – would come from casino operations. The annual economic contribution to Osaka from the project would be US$635 million, although reports did not specify in what form – such as taxation – the city’s share would be generated.

The Kyodo news agency reported that hotels at the country’s casino resorts would be required to have an aggregate of 100,000 square metres of hotel accommodation; and meeting space amounting to up to 120,000 sq metres, capable of accommodating up to 6,000 people. The report quoted a government announcement.

Kyodo reported that the aspirations far outstripped what was offered currently in any Japanese leisure and conference facility.