New governor is in favor of the activity

As the idea of many rulers is to create new sources of income, Brazil can raise some tens of billions of dollars with casino resorts. The governor-elect of Minas Gerais, Romeo Zema, says he is in favor of the activity 'as long as there is a choice of specific venues to place the casinos'. If approved the new project submitted by deputy Paulo Azi, Minas Gerais could have only one resort casino as it does not exceed 15 million inhabitants. 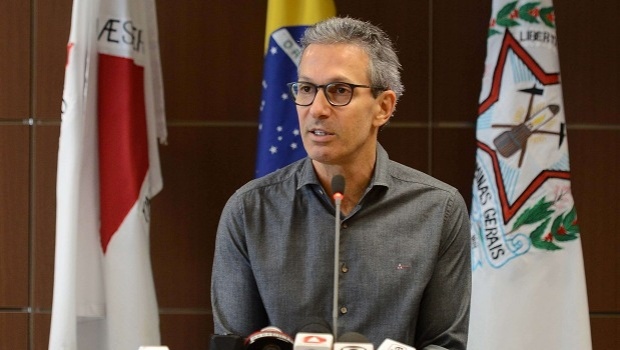 In recent years, many politicians have spoken about the legalization of gambling in Brazil. Some more cautious, some more enthusiastically. Who wants the liberation of the activity in the country, does not think in gaming itself, but in its consequences. With the example of first world countries, considering that 93% of the 20 richest ones exploit the activity, Brazil can raise some tens of billions of dollars with casino resorts and online casino websites.

After the election of 2018, it is expected to overcome the years of economic crisis. Rather than raising or creating new taxes for the population, something that would be unforgivable at this time, the idea of many rulers is to create new sources of income.

The last one that spoke on the subject was the governor-elect of Minas Gerais, Romeu Zema. In an interview with columnist Paulo Navarro, of the newspaper "O Tempo", he said: "I am favorable, as long as there is a choice of specific places to set up the casinos."

This speech is in line to what has been built in the Chamber since the last government. With a strong lobby of overseas casino operators, with prominent presence for Sheldon Adelson of the Las Vegas Sand, the government plans to release casino in the country. The requirement would be that they would be attached to large resorts in tourist areas.

Zema compares the activity of casino resorts and online casino websites with lotteries, which are legal and pay billions a year with taxes. "The return of these types of games depends on the endorsement of Congress and the presidential sanction. Personally, I am in favor, as long as there is a choice of specific venues for setting up casinos, with strict rules to prevent criminal activities. It would be a way to increase the collection. Currently, those who like to play go outside Brazil to do it," he argued.

There are two issues to be addressed about the manifestation of the current governor of Minas Gerais. The first one is supervision. Many wish that only casinos be released, because the rules for granting this type of activity tend to be more rigid. They also involve very large operators, with experience in several other countries. In addition, the activity is easier to monitor. After all, all the player's money is exchanged for casino chips right at the entrance.

Another interesting factor that must be approached, is that Brazilians go abroad to play. Neighbors countries undoubtedly take advantage of the ban on gambling to profit from Brazilian tourism. Uruguay, Argentina and Paraguay receive thousands of Brazilians every year for gaming tourism. There are even charter flights from São Paulo to Punta del Este for this purpose.

The champion, however, is Las Vegas. It is the second most visited by Brazilians in the world, just behind of Orlando, where Disney Parks are placed.

With an eventual legalization of casino resorts in Brazil, defenders expect an average increase in Brazilians staying in resorts (which are usually short) and also more visitors from abroad, stimulating tourist areas at more times of the year in addition to summer.

Another great reason for an eventual legalization of gaming are the foreign online casino websites, which operate freely in the country. Access to these sites is not prohibited, after all, are hosted in countries where gambling is regulated. However, IRS encourages players to declare the amounts spent online on their income tax return.

At the end of 2018, sports betting was legalized in Brazil (called fixed-odd betting), both face-to-face and online. This measure may have a reflection on a possible legalization of online casino websites to boost government revenue.