The Government of Guatemala has revealed that there is growing interest amongst Israeli businesses to invest in the gaming industry. The Israeli investors announced the creation of a private fund of US$2 billion to invest in Guatemala last year, and one of the items of interest is the casino sector. There is a gaming bill in Congress currently under consideration. 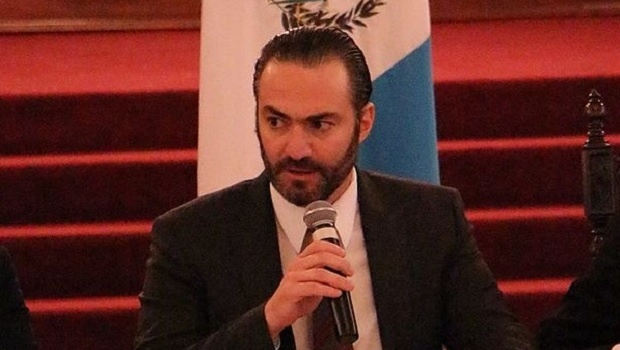 According to local news portal Nómada, Minister of Economy Acisclo Valladares Urruela informed investors that there is a gaming bill in Congress currently under consideration to regulate the sector which needs to move forward before any further investment is made.

Trade relations between the two countries gained momentum after the transfer of the Guatemalan embassy from Tel Aviv to Jerusalem in May 2018. Guatemala, which is seeking closer U.S. ties, joined President Donald Trump’s decision and moved its embassy to Jerusalem just two days after the U.S. opened offices there in May.

Right wing President Jimmy Morales made his country the first to join the United States in making the move to Jerusalem and formally recognised the contested city as Israel’s capital. According to a report in The Washington Times, the Guatemalan event was attended by Prime Minister Benjamin Netanyahu and casino magnate Sheldon Adelson, a prominent international supporters of Israel.

Although current regulation in Guatemala prevents the operation of casinos, the casino sector is one of the areas that is sparking the most interest amongst potential investors, according to statements by the Guatemalan Minister of Economy, who also said that a free trade agreement could be signed between the two countries.

For some years the government has been trying to get to grips with gaming and pass more comprehensive laws, which would create a gaming control board and put gaming in the hands of central government control. However, the government has made little headway on the issue.

Currently the gaming landscape in Guatemala is chaotic. Article 477 of the Penal Code puts in place heavy fines and prison terms for those found to be operating casinos or slot parlours. According to the code, managers or other persons in charge and the owners of houses for gambling, stakes or chance games will be sanctioned with one to five years of imprisonment plus fines. However, beyond that there are no specific rules in place when it comes to gaming other than the authorisation for entities operating as lotteries and raffles.

In addition in many cases departmental governors, the Ministry of the Interior and Departmental Governments have authorised video lotteries on a local level. These have proliferated widely throughout Guatemala at a fast rate. In many cases they house table games and can be large scale.