After approval of new law

With the enactment of Law 13756/18, originated from MP 846, that created the sports betting modality in Brazil, many companies are eyeing the national market that already moves around US$ 1.1 billion in betting sites. One such company is 188BET, which in partnership with Pay4Fun, intends to invest in the country. In an interview with Card Palyer, Arthur Silva, Country Manager of 188BET, told the company's plans in Brazil. 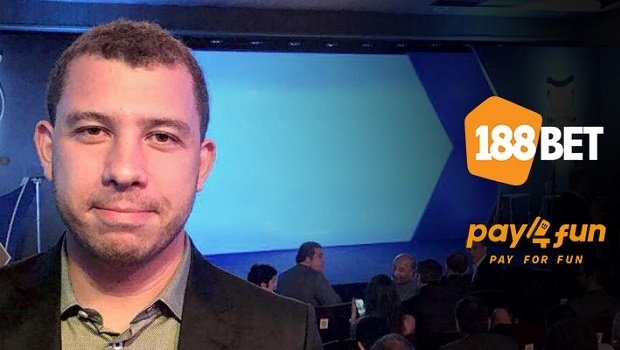 Brazil is the new promise of the betting market. It is estimated that currently around US$ 1.1 billion are traded on sites that offer Brazilian gambling games. And the prospect is that this market will not stop growing. At the end of last year, Law 13,756 / 18 was promulgated, which creates the sports betting modality in Brazil. This is the first major step towards complete legalization of betting activities in the country.

Faced with this positive reality, some international operators have great plans for this market. One of them is the 188BET. The European company created in 2006, is today one of the biggest players of the market of entertainment, bringing diverse modalities of bets like sports, e-sports, live casino, casino, lotto and virtual.

Arthur Silva, Country Manager of 188BET, told Card Player about the company's plans in Brazil after the new legislation and the partnership with Pay4Fun. He entered the world of IGaming in 2006 as a poker player. Soon he began to work in diverse areas of the sector, from localization of products to strategies of sports bets. He has experience in affiliate markets, providers and operators. Five years ago he was invited by 188BET to be responsible for the operation in Brazil.

Arthur, what does Law 13.756/18, which creates the sports betting modality in Brazil, represents for 188BET?

It is an opportunity to transform the current offshore model into a local operation that generates more wealth for the country and brings more safety to all involved. In line with the regulation of sports betting, 188BET sees Brazil as a very fertile market.

As 188BET is one of the biggest players in the world, what are the company's pretensions here?

We are betting that Brazil will enter a virtuous circle, and we work hard for 188BET to have a strong presence in this new perspective. Although it does not yet compete in volume with other markets such as Asia, Brazil already occupies a prominent place due to its potential. With the maturation of the scenario, greater legal certainty and a better economic environment, the trend is that it will play a very interesting role.

What is the big difference between the Brazilian market and others already established? How are you adapting your operations to these differences?

The Brazilian public has its own habits. We seek to tailor our product and offerings to meet these expectations. We have found, for example, that the public here highly values some of the strengths of 188BET, which are the best quotes on the market and the fact that we accept high-volume, frequent-earning bettors.

What is the importance of local partnerships for the development of 188 BET?

Local partnerships are essential for the survival of a Brazilian operation. Since we disembarked here, we have sought to maintain our relationship with these partners at the highest level.

What does the partnership with Pay4Fun represent for the development of the local market?

We expect Pay4Fun to demonstrate its full potential by bringing the bettor a secure and reliable payment solution. 188BET wants to be an important part of this success story.

Pay4Fun is 100% Brazilian, which provides security for local betting transactions…

Pay4Fun was created by experienced gaming professionals to fill a gap in a fully regulated market. Through the Pay4Fun system, the bettor registers and can easily use their local payment methods. The company also offers 24/7 assistance, which makes the relationship with its customers much closer and transparent.

Brazil has all the potential to become one of the best betting markets in the world. With the due regulations and the contribution of big companies like 188BET and Pay4Fun, the perspective is of the consolidation of the activity, which generates resources, jobs and economic development for the country.