Deputy Paulo Azi (DEM-BA) presented PL 530/19 authorizing the opening of a limited number of casinos in resorts in different states of the country. In this exclusive interview with Games Magazine Brasil, he welcomes the recent addition of his project to PL 4062/2012 and 442/91, says that 'the president of the Chamber Rodrigo Maia is fully in favor of the project' and assures that 'the vast majority of the population supports the return of casinos.' 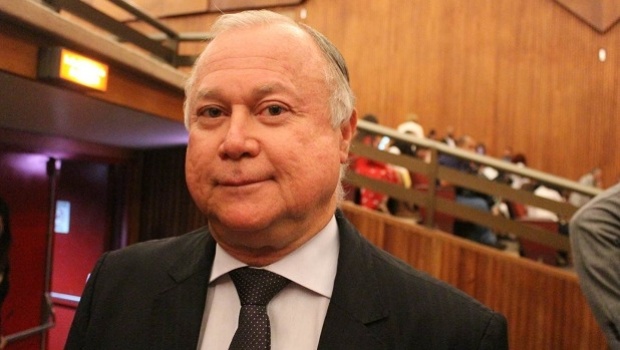 Bill 530/2019 of deputy Paulo Azi authorizes the opening of a limited number of casinos in resorts in the states of the country, according to the population number. By the standard, Brazil could have 32 projects. "It's a very important issue and it needs to be addressed soon," says the Azi, who adds that he saw the sanction of MP 846 as a "strong signal of diminishing prejudice with gaming in sectors of society."

For Games Magazine Brasil, the deputy clarifies that 32 would be the maximum number of casinos that the country would have in operation, but the exact amount that will be implemented still depends very much on the process of effective demand of the market.

Azi says that "in theory" he is in favor of the total regulation of the gaming activity in Brazil, whatever they are, so much that he welcomes the recent addition of the project proposed by him to the PL 4062, of the year 2012, by the deputy Manoel Júnior (MDB -PB), which deals with the same topic of casinos in resorts. "The PL was joined, according to the regiment, to the projects analyzed and approved in Special Commission. This factor speeds up the process by getting rid of again thematic commissions and delayed analyzes," he explains.

Seen as the newest chapter of the regulation of gaming in Brazil, it still won an addendum, since the merger resulted in the fact the Azi’s project was not attached to the PL of Deputy Manuel Júnior, but to PL 442, which includes the legalization of all gaming modalities. This happened because the project proposed in 2012 was already linked to this more general proposal of regulation of the gaming.

The deputy explains that the progress of his project depends, since then, on "the will of the leaders, and of political understanding" to know if the substitute to be presented "will only count on our project or if it will be incorporated by an opinion that contemplate the legalization of other types of games."

Financing and support of the population

How much regulation of the sector can generate in the collection and jobs for the country is something difficult to estimate yet, but the expectation, according to Azi, is that more than US$20 billion in taxes be moved, besides the generation of about of 30 thousand new jobs by casinos-resort development.

As the theme raises controversy, the deputy defends the debate. "It needs to be well worked out in the Legislature because we know there is some opposition from those who do not want gambling at all, and also from those who are against the approval of only resort casinos."

For Azi the best defense is the generation of jobs and the increase of the public collection. "The vast majority of the population is in favor, because they know that it will generate employment to meet thousands of people who are suffering from unemployment, as well as revenue for the injured public coffers," he says.

Azi rejects the nickname "Sheldon Adelson Law " that some give to his project, referring to a possible interest of the American businessman owner and CEO of the company Las Vegas Sand Corporation, that would have interest in regulation in Brazil. "I find it irrelevant, just an attempt to disqualify the project."

On the other hand, the deputy has important support in the legislative House, as the one from the president of the Chamber of Deputies, Rodrigo Maia (DEM). "President Rodrigo Maia is fully in favor of the project, and knows of its great importance mainly for Rio de Janeiro," he concludes.