According to government statistics, tourism arrivals to Macau jumped 25 percent in January from the previous year. The territory welcomed 3.4 million visitors, compared with 2.7 million in January 2018. The figure was down slightly from December, when arrivals totalled 3.5 million. 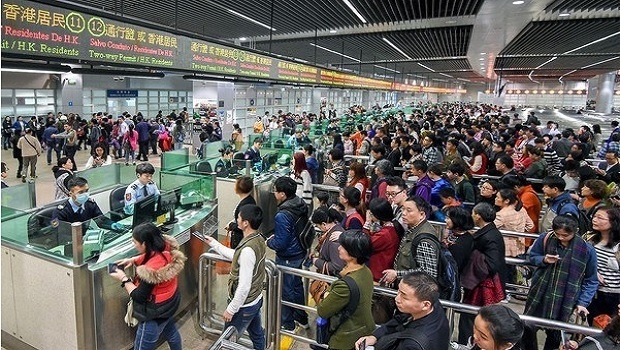 Visitors from Mainland China increased by 29.9 percent to 2.5 million, making up the bulk of the arrivals. Most of those were from neighboring Guangdong Province at 1.1 million. Hunan and Fujian were the second and third-biggest Chinese source markets respectively.

The figures show an increase in arrivals from the Greater Bay area, which grew by 43.6 percent year-on-year, with visitors from Zhuhai surging 78 percent. The statistics office said 443,908 visitors had come across the Hong Kong-Zhuhai-Macau bridge.

Analysts say that the increase won’t necessarily translate into a major boost for gaming revenue, as many of the daily arrivals will be from the grind mass market.

Macau’s tourism officials have invested heavily in marketing campaigns and other forms of promotion designed to increase a tourist’s length of stay, as research indicates length of stay is directly and positively correlated to the amount they spend while in the city.