The sports betting and online casino website based in Curacao, which recently showed up in Brazil, confirmed its presence in “Afiliados Brasil”, an affiliate marketing event that will be held next May 30th – June 1st at the Frei Caneca Convention Center, in Sao Paulo. Together with Betmotion, they are so far the two sports betting companies that sponsor this relevant Brazilian affiliate congress. 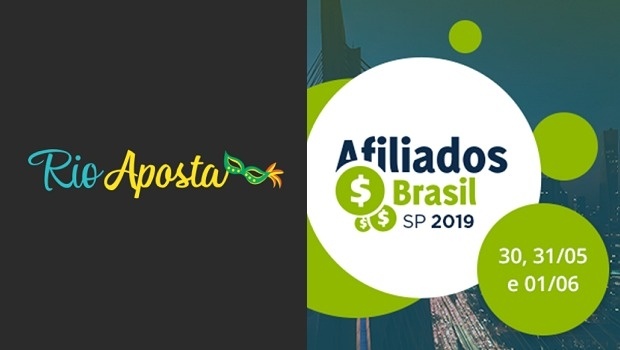 Rio Aposta is a new company in the market that offers transactions in reales (Brazilian currency) and works with important payment companies and banks like Astropay, Santander, SafeCharge, Bitcoin, BB and Caixa, among others, as it is mention on its website www.rioaposta.

In the last few days there were reports about negotiations started by the company for possible sponsorship of the website with football clubs from São Paulo and Rio de Janeiro, but nothing official yet about which clubs would be and if this interest is real.

“Afiliados Brasil” is the first and largest event on affiliate marketing to be held on Brazilian territory. Created by three professionals related to the development and profitability of websites, it is a Brazilian Affiliate Congress that aims to bring together not only bloggers and webmasters, but also affiliates, companies, agencies, advertisers and all types of users that are directly or indirectly linked to the development of commercial projects on the Internet.

The event will take place during three days, from May 30 to June 1, and will be held at the Frei Caneca Convention Center, one of the best spaces for events in São Paulo. The Center is at Rua Frei Caneca, 569 - 5th floor - Consolação - SP. Official opening will be by co-founders Paulo Faustino and Flávio Raimundo.