During the opening of the ICE VOX conference cycle and in a question-answer conversation with companies from all over the world, Brazilian regulators from the Ministry of Finance stressed that they hope to finish the Lotex process until March, put it into practice and then focus on regulatory measure of sports betting this year so that in the first half of 2020 already have the beginning of the concession processes or licenses. 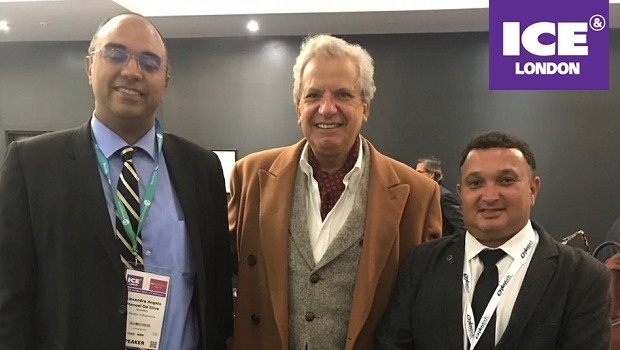 The roundtable was a question-answer conversation where SEFEL technicians revealed that in the first half of next year they are already planning to start sports betting or licensing processes after finalizing a correct regulation of the new market in 2019.

To reach this result, Brazilian regulators said they are now seeking experiences at the London event and around the world for better regulation.

The Brazilian participation in ICE VOX continued with the presence of SEFEL secretary, Alexandre Manoel, in the panel "Creating a sustainable market for sports betting; policies and considerations for new regulatory jurisdictions" that was moderated by Rob Heller, CEO of Spectrum Gaming Capital; with Jaime Irizarry, director of gambling at Empresa Turismo Puerto Rico; Nick Nocton, partner of Mishcon de Reya; and Sebastian Vivot, CTO of Lotba Buenos Aires.

The panel began with the key topic "US and Brazil - two large and promising markets close to regulation", where Manoel explained different issues about the processes of what is now legalized.

The secretary reiterated that Brazil is seeking the best experiences in the world to achieve success and stated that the main problem that has appeared is in relation to the country's trust in being able to grant gaming operation to private companies, which will be tested now with Lotex, for example.

Sebastian Vivot, CTO of Lotba Buenos Aires, also spoke on the panel and revealed that in Argentina they are working on regulation by provinces, and not in a unique and federal way.

The team responsible for the world's largest gaming technology event, ICE London, promotes ICE VOX, the educational and knowledge-exchange brand of the gaming industry. It is the only event that takes place at ICE, which offers the expertise of industry experts (and outsiders) that can be used to generate immediate value and results for your business.

In addition to Brazil, The Hive cycle will feature round tables on countries on five continents, highlighting the debates about IRs in Japan and sports betting in the United States. The other ICE VOX cycles are Consuel, Boardroom and Elevator.