Parliamentarians argue that casinos legalization may increase tourism in Brazil

Expanding the number of tourists visiting Brazil is one of the objectives of the Joint Parliamentary Front in Defense of Tourism. The senators and deputies who make up the front will act to approve the revision of the general tourism law, open foreign capital to airlines and legalize the casino in the country, as explained by Deputy Herculano Passos, coordinator of the collegiate. 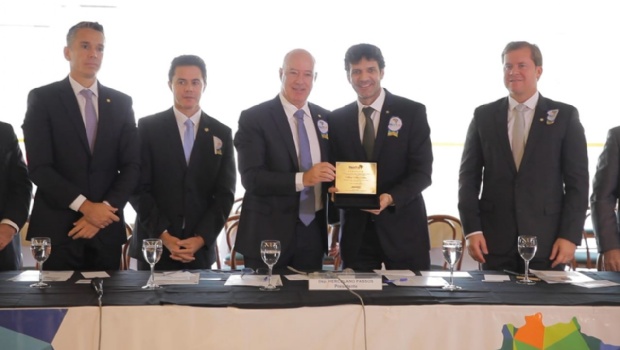 "The legalization of casinos is a controversial matter, but it is necessary because we have to move forward to generate employment opportunities, development, wealth for our country," he says. Passos also commented that it is necessary to explore the various forms of tourism to generate income. "There is adventure tourism, religious tourism, business tourism, and Brazil is the largest country in environmental tourism in the world."

According to the Ministry of Tourism, Brazil receives 7 million foreign visitors each year, but is not on the list of most visited countries.

The parliamentary front of tourism also intends to transform Embratur, an autarchy of the Ministry of Tourism, into an agency, to try to expand the tourist flow of foreigners in the country. In the Chamber, there is already a bill that deals with the subject. The president of Embratur, the former federal congresswoman Teté Bezerra, believes that the support of the parliamentary front contributes to the growth of Brazilian tourism.

"This proposal is in the Federal Chamber and has all the support of the parliamentary front, and should be analyzed and put to the vote in this mandate. We see with joy the engagement of this front, it is very strong," she says.

Tourism Minister Marcelo Álvaro Antônio, who took office as a federal deputy and graduated to take over the ministry, said that the actions of parliamentarians will contribute to the actions of the government.

"The parliamentary agenda for the Ministry of Tourism is fundamental. We have a series of projects going through the Chamber of Deputies and the Senate that have a direct impact on the country's economy through tourism."

The Joint Parliamentary Front in Defense of Tourism was created in 2015 and is made up of 239 parliamentarians.