Lawyers Mauricio de Figueiredo Corrêa da Veiga and Luciano Andrade Pinheiro, members of the Corrêa da Veiga Advogados office, wrote for journalist Fausto Macedo’s blog, in Estadão, an analysis of the law that legalizes sports betting in Brazil. They explain details of the text, the involvement of sports clubs and state that bets can bring benefits to citizens and sports and in terms of revenue. 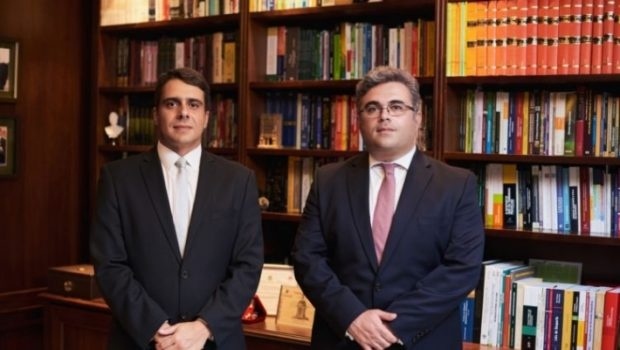 Recently, Law 13,756 was published, which provides for the National Public Security Fund and the way of collecting sports betting. The link of a Law that deals with a public security fund with bet is the allocation of resources collected with the activity that will be linked, in the percentages defined, to the maintenance of public security policies.

The legislators decided to make the betting activity legal in Brazil. Previously, what guarded was the art. 50 of the Law of Criminal Offenses, which was very clear: they are games of chance for the purpose of the penalty "bets on any sports competition."

Law 13.756 / 2018 called the fixed quota sports betting a "system of bets related to real sports events, whereby the bettor is able to win in the event of accuracy of the prognosis". The system is not new and was already exploited by companies located abroad that operated in Brazil through the internet within a frame of illegality.

Under the new legislation, the operation of the activity is an exclusive public service of the Union, which may be authorized or granted to a private company on a competitive basis in the form of a regulation that will be further edited, within a period of two years that may be extended for an equal period, by the Ministry of Finance. The regulation must take place before this period, even as the operation of these companies generates tax revenue.

The Law also provides for the distribution of amounts collected by betting houses and is not limited to establishing the allocation of funds raised through taxes charged as a result of the activity, but extends the regulation to fixed costs and payment of bettors.

By having at that level of detail, it ended up swelling the functioning of the system, which should cause a decrease in the interest of companies in exploiting the activity. It is as if the legislator was predicting that of the total bet, a specific percentage should return to the bettors and to the revenue. In the unpredictable world of sport, this fixation seems a temerity.

An attempt was made to relax the aforementioned rigor by establishing the following: "The percentages destined to the awards and the expenses of costing and maintenance provided for in items A and F of items I and II of the caput of this article may vary, as long as the annual average meets the minimum and maximum percentages established in the said subparagraphs."

We believe that this setback in these percentages has been a fear of the government. The intention was to prevent bookmakers from setting low return rates on bets, generating more profit for them and injuring the bettor. In a competition regime, this possibility did not have to be in Law, because the bettor will look for the house that offers him a better return preferring the ones with higher odds.

Another negative point of the Law is the fixing of the percentage of 1 and 2% of royalty payments for the use of football club symbols "for disclosure and execution of the fixed betting lottery". The first criticism refers to the percentage that was fixed in the Law, which practically prevents the direct negotiation of the clubs with the companies of sports betting and even the refusal of a club in having its symbol or its name used in systems of bets. The second is to know what is the reason for limiting this right to football clubs if any entity of practice of any sport and any individual sports athlete is entitled under the terms of art. 87 of the Pelé Law, about their symbols and nicknames respectively.

We have long advocated concrete action by Brazilian clubs and sportsmen against foreign bookmakers in order to be remunerated for the use of their symbols and names in betting. As it is a good of exclusive property, we defend that any use that is not merely informative is preceded by authorization and remuneration. This logic is characteristic of the intellectual property system and the monopoly regime of symbols and nicknames.

As sports betting is no longer a criminal offense, there is nothing to prevent operators, who already do this on a large scale in Europe, from putting their brands on the shirts of the clubs to promote their services and pay for it.

There are many improvements that must be made, especially in regulation by the Ministry of Finance. The law is an important step. Sports betting was already a reality, because it is explored by foreign websites in Brazil, with no tax counterpart. The legalized bets, on the other hand, is an activity that is consistent with the freedom of the individual and well established and supervised, only brings benefits to the citizen and the sport and in terms of income.