The National Confederation of Employees in Tourism and Hospitality (Contratuh) of Brazil requested their admission as an amicus curiae in the constitutional action filed in the Federal Supreme Court by the Humanist Solidarity Party (PHS), with the purpose of annulling the criminalization of the exploitation of gambling by individuals. Entity says that exploration of the activity will create 250 thousand direct jobs and 500 thousand indirect ones. 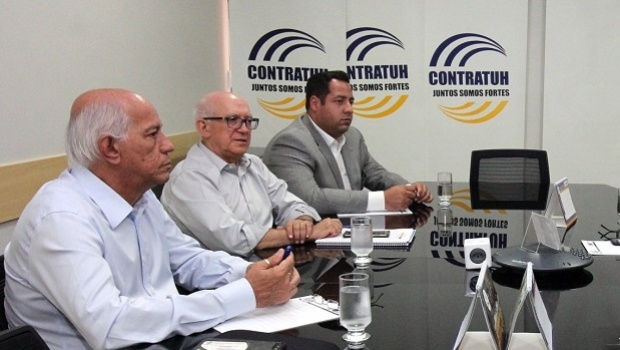 The organization gathers 30 federations and more than 400 unions spread across Brazil. In an allegation of breach of fundamental precept, filed last January, the PHS defends the thesis that "criminalizing the private economic activity of games of chance is not appropriate and proportional, either because of the inadequacy of the legal good protected by art. 50 of the LCP and Decree-Law 9.215, of 1946 (moral and good customs), or because the State that prohibits, is the same that exploits gambling.”

In the petition to act as a direct stakeholder in ADPF 563, forwarded to the Minister-Rapporteur Edson Fachin, Contratuh's lawyers emphasize that the entity is in the "legitimized role" to act in the judgment of the merits of the matter, being allowed the later presentation of memorials, as well as oral support.

Lawyers Agilberto Seródio and Samuel da Silva Antunes point out in the petition the following:

"Contratuh, the legitimate representative of employees of gambling companies, such as casinos and bingos, has always defended the operation of such enterprises as a way of strengthening tourism, as well as generating employment and income, demonstrating that the activity can be exploited properly, which occurs legally in several countries around the world.

It is estimated that the exploitation of the activity will result in the creation of approximately 250 thousand direct jobs and 500 thousand indirect jobs. From this point of view, the importance of exploiting the activity to boost the Brazilian economy remains evident, and such exploitation must be carried out indiscriminately by legal entities under private and public law, based on the constitutional principles of isonomy (article 5, caput, of the CF) and the prohibition of market reserve (Article 170, sole paragraph, of the CF).

However, free enterprise plays a prominent role in the democratic model of law on which the Federal Constitution of 1988 is based, expressly inserted in article 1, section IV, of the CF, as well as in article 170, caput, of the CF; and the sole paragraph of the latter gives special emphasis to the importance of freedom of the exercise of any economic activity as a way of valuing free initiative in our national economic order.

Accordingly, Article 50 of the Criminal Offenses Act and Decree Law 9.215 of 1946 directly contravene the aforementioned constitutional provisions, generating an illegal market reserve for the Public Authorities regarding the exploitation of economic activity related to gambling, which directly violates the constitutional principle of isonomy and free enterprise.

The prohibition of the exploitation of this economic activity by companies of the sector causes serious damage to the economy of Brazil and directly to the population in general, considering that the country stops collecting billions in taxes, and the population, that already suffers with the shortage of stations workforce, loses thousands of job opportunities."