Major League Soccer is open to the idea of working more closely with the legalized sports betting industry, with commissioner Don Garber saying that he is comfortable with seeing betting at arenas in the United States. “We’re in the process of getting close to a major league-wide sponsorship with a respected gaming company,” Garber commented to reporters. 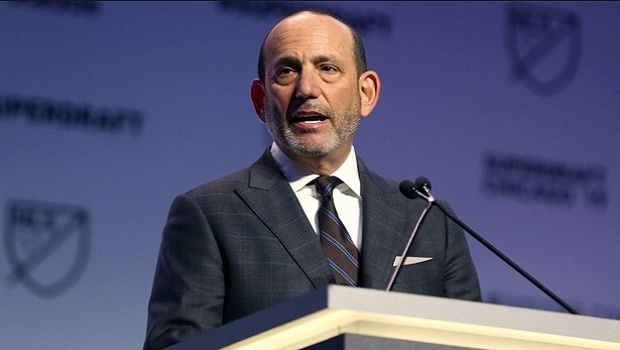 Those comments came before the opening night match between D.C. United and Atlanta United in Washington D.C. last Sunday, when Garber spoke to reporters about a variety of topics related to MLS and the coming season.

Pro sports leagues in the United States have taken various approaches to handling sports betting since last May’s Supreme Court decision that struck down the Professional and Amateur Sports Protection Act (PASPA). But most have embraced gambling as a way to increase fan engagement, and Garber sees the same potential for soccer.

“If there’s a possibility with a gaming company naming one of our stadiums, I’m all for it,” Garber said. “We’re in the process of getting close to a major league-wide sponsorship with a respected gaming company, and I’m very supportive of that as have the other leagues.”

Garber’s comfort level with gambling is tied to how ubiquitous betting is on football matches in England and other countries. According to a report by the Guardian, nine of the 20 teams in the English Premier League had gambling sponsors on their uniforms this season, while 17 of the 24 sides in the second-tier Championship had betting-related cresting on their jerseys.

“I’ve been to a lot of games in England,” Garber told reporters. “I’ve never really objected to the fact that somebody would come into the owner’s box and take a bet on a game. If people are going to do it, you might as well manage it, organize it. You might as well generate tax revenue for it and find ways that the league could use it as a marketing tool to have people engage more with our players and our clubs.”