The operator of the Huis Ten Bosch theme park and the governments of Nagasaki Prefecture and Sasebo City in Japan have announced plans for a casino project. The parties announced an agreement to designate part of the land and buildings of the theme park as a candidate site for a casino resort. No financial details for the deal were provided. 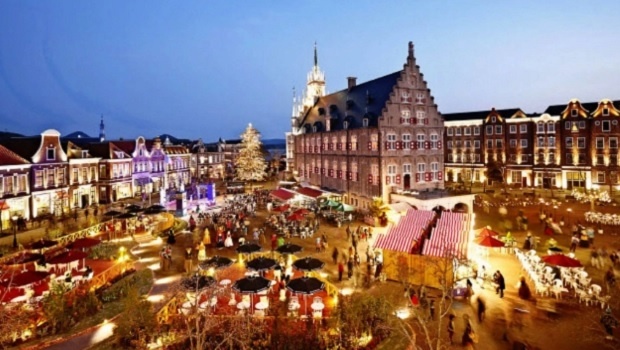 The Huis Ten Bosch theme park is operated by Huis Ten Bosch Co, a subsidiary of Japan-based HIS Co Ltd. The facility – located in Sasebo – replicates famous buildings and architecture from the Netherlands, but in a semi-rural Japanese setting.

A maximum of three resorts – known in Japan as integrated resorts or “IRs” – will be permitted under the first phase of market liberalisation.

It is estimated that there should be in August an announcement regarding how the national government will go about selecting locations for the initial resorts. In late 2019, local governments would be expected to make public their respective criteria for selecting commercial partners they will work with when pitching a project to the central government.

“While this announcement itself comes as no surprise, as HIS group has long been working to build a good relationship with Sasebo and the two parties have taken a proactive stance on attracting an integrated resort, this is the first time that specifics of collaboration with local governments have been disclosed,” said Nomura analysts Junko Yamamura and Susumu Sakakura in a note following the announcement.