After years of railing against gambling, Philippines’ President Rodrigo Duterte is finally showing signs that he might relax his stance against gambling expansion. At a political rally last weekend, he commented he was “lacking” in his campaign against the gaming market, saying all he can do is to urge people not to become involved. This is a big change in tone for Duterte. 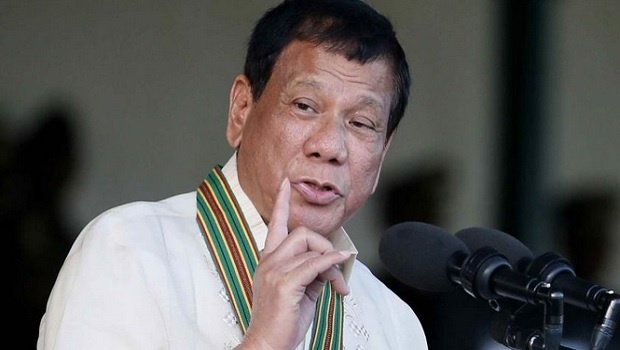 At a May 11 campaign stop, where Duterte was present to support his political allies in the lead-up to the May 13 mid-term elections, the president chose to use some of his stump time to talk about his efforts against gambling. He said, “That gambling-gambling, I will not meddle with it anymore, just do not enter. I cannot control it, really… I will let you in, but not extortion or drugs.”

Beyond casinos and online gambling operations, there are several local games that are popular amongst friends and families, like jueteng (a type of numbers game), tongits (a card game) and hantak. Citing the difficulty and economic problems of banishing these games, Duterte admitted he’s given up. “I am not trying to encourage you… I cannot stop it anyway and I know I am lacking,” the Manila Times reported the president said.

This is a big change in tone for the fiery president, who in the past has said “I will not allow gambling… I hate gambling.” Because of that stance, the Philippine Amusement and Gaming Corporation (PAGCOR) has been barred from approving new licenses to potential casino operations, a policy which Andrea Domingo, the head of the regulatory group, has publically begged Duterte to back off of.

As this is simply remarks made at a campaign rally, and not an official change in policy, there’s no telling if Duterte will now instruct PAGCOR to begin issuing new licenses. There is precedent though to assume that policy could change due to a change in heart.

In February 2018, Duterte remarked that Boracay, the popular beach destination of the Philippines, was a cesspool and threatened to shut it down. Proving they weren’t empty threats, the hot spot was shut down at the peak of tourist season and was not allowed to re-open until the waters were proven clean.

With pressure from PAGCOR and a lot of money out there to be made, it would not be surprising now to see new license applications targeting the Philippines.