PL Bill 2648/219 seeks to authorize and establish guidelines for the exploitation of casinos exclusively in a resort that is installed or that will be installed in any part of the Brazilian national territory. 'For tourism, it is important to regulate the first type of enterprise, which attracts international groups and promotes business tourism and events,' said the senator in the justification of his proposal that was read in Plenary and now is under analysis by several commissions. 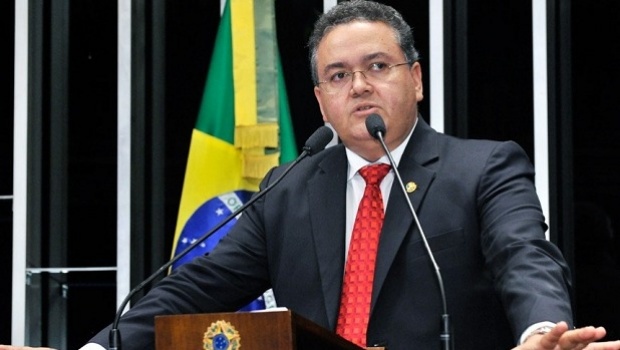 The project is under consideration of the Regional Development and Tourism Commission and this Thursday will be the presentation of Amendments to a final project in the Commission (Article 122, II, "c", of the RISF).

Here is the complete justification of Senator Rocha's Bill:

"Tourism is a great promoter of economic development, both in Brazil and in the whole world, and important has been the importance and focus given to this activity by the countries in general. Globalization, technology, modernization and resulting human development have allowed men to give himself the right to leisure, to the search for entertainment and rest, and to stimulate the development of Tourism, especially in the last decades. In addition, of the great global competition for the markets that generate wealth, making the race for economic alternatives for development become more fierce.

Given this competitive scenario in Tourism as an economic activity, alternatives that attract foreign enterprises and increase the flow of tourists, are the constant search of governments. For this reason, casinos appear as an entertainment option already existing in several countries and have a great impact on these economies, with large capital flows and high investments. The Brazilian Constitution states in its article 180 that: The Union, the States, the Federal District and the Municipalities shall promote and encourage tourism as a factor of social and economic development."

In pursuit of the growth of the tourism industry and national or regional development policies, this Project aims to allow the exploration of games of chance in resorts or leisure hotels as long as they are integrated with casinos. It is necessary to separate resorts from gambling like jogo do bicho and slot machines. For tourism, it is important to regulate the first type of enterprise, which attracts international groups and promotes business tourism and events.

Resorts or leisure hotels are truly integrated leisure complexes that should contain high-end hotel accommodations, meeting venues and large cultural or artistic events, bars and restaurants, shopping centers and other entertainment and convenience options, at the discretion of the entrepreneur.

As a way of promoting regional and social stimuli, the Federal Executive Branch, by indication of the States, will take into account socioeconomic indicators commonly used in the orientation of public policies, such as Gross Domestic Product (GDP), per capita income, Human Development Index (HDI), Gini Coefficient and unemployment index or public services offer, among others that are considered relevant, which should be used to prioritize the least developed and least investment areas.

Authorization to operate games in casinos will be granted, and the granting authority must observe among some requirements: integration of the enterprise to the environmental and social sustainability conditions of the area chosen for its implementation; contracting, preferably, of local labor; investment by the authorized party in the maintenance of the casino, obeying the safety rules in the construction, expansion, refurbishment or retrofitting of casinos; and implementation of training programs with effective use of professionals in hotel, tourism and related services.

In addition, the legal entity interested in exploiting games in casinos should fulfill, cumulatively, the following requirements: be constituted under the Brazilian laws, with headquarters and administration in the Country; demonstrate economic and financial capacity; prove technical qualification; and have fiscal regularity. Finally, we have established some measures of control and prevention of the activity so that the competent authorities can supervise the financial operations, as well as the restrictions of permanence in the places where the game exploration occurs.

Regulation with clear governance rules and monitoring prevent undesirable practices in the tourism sector such as: dependency, excessive gambling, fraud, corruption and money laundering. According to Thierry Pujol of TP international Consulting, this is because it regulates in several countries of the world, it is considered a regime to fight these problems. Therefore, the exploitation of casinos would be an activity that would boost tourism, generating sustainable development, economic and social growth for the locality where it would be exploited, attracting investors.

The increase of domestic and foreign tourists in search of leisure will make these centers, much sought after destinations, such as the great leisure centers of games in the world, such as Las Vegas, Principality of Monaco, among others. In addition, a more restricted model, with the authorization of exploration with more criteria facilitates the control of the authorities, using inspection structure as authorities of the Executive Branch with Central Bank and Council of Control of Financial Activities (Coaf)."