eSport is mainstream today, betting sites have a great opportunity to sponsor

At the beginning of the month, the Senate's Committee on Education, Culture and Sport (CE) approved PLS 383/2017, which proposes the recognition, promotion and regulation of eSports in Brazil. The text now goes to the House and can be voted on in Plenary. GMB invited the expert lawyer, Filipe Rodrigues, General Director of the Institute of Governance and Integrity in Sport, to analyze this new moment and what is to come in the future of the activity that keeps on growing in the country. 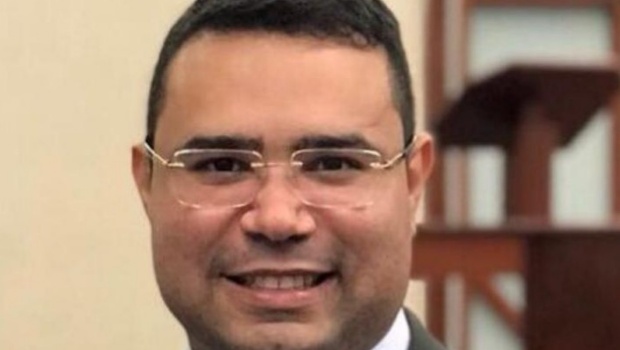 For me, the virtue of the project is to debate electronic sports and arouse interest in society.

However, for a more technical analysis, it would be necessary to invite representatives of the entire ecosystem, this would include athletes, teams, developers, sponsors, management entities and leagues.

The original project, created by senator Roberto Rocha, brings in his first article the electronic sport defined as: "It is understood by sport the activities that, using electronic artifacts, characterizes the competition of two or more participants in the promotion system and mixed descent of competition, using round-robin tournament or knockout systems, or other similar technology and for the same purpose. "

That is, the virtue of the first article is to suggest a legal definition.

The second article defines that practitioners of electronic sports will be called athletes. That means they would no longer consider pro players as idlers or people with a recreational but professional purpose.

The third article presents a series of principles that must be observed in eSports, such as the promotion of citizenship, educational sports, among others.

Here I think it lacks depth and attention to the specificities of eSports. And there could be more modern issues such as democratization, access, and gender equality.

The 4th article of PL 383/2017 indicates the promotion of eSports through bodies such as confederations, federations, leagues and associations that "regulate and disseminate the practice of electronic sports within their competences."

Although there is this possibility, there is no compulsory membership of federations and confederations. However, if well managed, these entities could develop educational, university and professional projects that would make eSports closer to citizens and would allow better international representation in championships and tournaments.

In the 5th article, Roberto Rocha suggests the creation of the "Electronic Sport Day", which would be celebrated on June 27 (using as justification the fact that the Atari company was founded on the same day, in 1972). Finally, Article 6° states that, if approved, the project would enter into force on the same date of its publication and would not have an adaptation period.

An article merely commemorative and not very effective.

In my opinion, it is a superficial and shallow project, discussed by people without much technical preparation and not very close to people of the segment.

The expectations of the electronic sports sector

The expectations generated are not the best. The segment is very worried that there will be a publication of a new sector, eminently private sector, which until now has worked well due to the absence of state intervention. In case the government really has the interest to foster, fulfilling its constitutional mission, it should highlight a resource coming from Agnelo Piva Law, as it does with sport and Olympic, university and educational and create public policies aimed at pro eSports.

And from now on, I suggest to turn to the educational and university sectors. With clear policies of gender equality so that this new modality is not born vitiated.

This project only served to remind society that eSports exists and strengthen its nature as a sport. It was clear in the Senate discussions that the fear of the authorities, especially those from the sports sector, like Senator Leila, is to recognize eSports as a sport and to be more of a sport to slice the public resource of traditional activities that has been considerably diminished.

But this is not the way. The way is to create good projects and manage them well. And there are cases of success in traditional sports that prove this.

As far as sports betting is concerned, I believe there is already an opportunity for betting companies to sponsor eSports. And we have an example: Mibr, one of the largest teams in the world of CSGO, with Fallen, one of the more important pro players, is sponsored by Betway.

But on the national scene, we have other great teams with other great talents and events awaiting good sponsorships with their media numbers ready to be read and appreciated. Because eSports today is mainstream and there is nothing that changes that.

And more and more betting sites have included eSports in their betting services.

This is an audience that can’t be overlooked and only has to grow at a rate of 2 digits a year!


Filipe Alves Rodrigues, lawyer, Director of IGIE, sports projects consultant, served as Director General of Dreamhack Brasil, served as a lawyer on the Brazilian Olympic Committee and consultant to several Olympic Confederations in public resources; and speaker of BgC.