Hebara, the current provider of lottery services of multiple chances of the State of Rio de Janeiro, presented itself before the Supreme Federal Court (STF) as amicus curiae in ADPF 493. In an exclusive interview with GMB, Joao Luiz, one of its founders and directors, explains the reasons to join the court case initiated by ABLE (Brazilian Association of State Lotteries) and is optimistic about a final court ruling favorable to the normal continuity of state lotteries in Brazil. 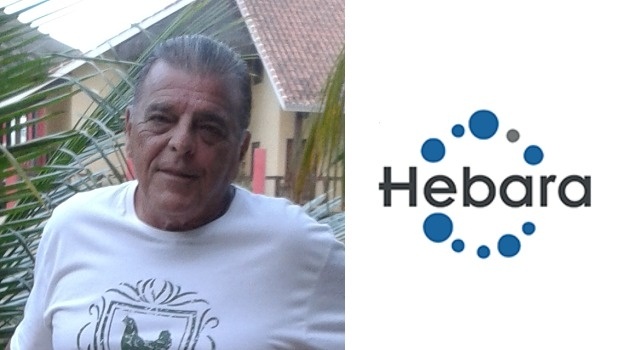 GMB - What is the story of Hebara in Brazil? What is your relationship with the state lotteries?
Joao Luiz - Our participation in the lottery market began in the 1960s, through Santa Margarida, a printing company specializing lottery tickets. We rendered our printing services to the Federal Lottery, and almost all state lotteries, among others Rio de Janeiro, São Paulo, Minas Gerais, Bahia, Ceará, Pernambuco, Santa Catarina, Paraná and Rio Grande do Sul. We’ve been the first ones, for years, to print the ticket for the sports lottery launched by CEF.

In 1991 we made a huge investment and created the ISA Security Printers Associates, which at the time became one of the four companies in the world that was qualified to print Instant Lottery tickets. Our first contract to produce the tickets was with the State of Paraná.

It was there that the idea of becoming a distributor arose, since the state lotteries, being municipalities, would not have the administrative flexibility to develop the creation, sale, advertisement and distribution of the instant lottery, a typical product of consumption that requires thousands of points of sale to succeed in addition to having a great team.

Thus, in 1991 Hebara was born, and today concentrates its activities in the State of Rio de Janeiro. As for the graphic sector, it was sold to a multinational group.

Why did Hebara decide to present itself as Amicus Curiae at ADPF 493?
Decree 204/67 was forgotten for nearly 50 years, with state lotteries functioning as if they did’t exist, without any questioning. However, the LOTEX Announcement promised exclusivity for the winning bidder and included in the text the promise to review the terms of the contract in case the state lotteries continued to operate. And there began the actions and the requests of injunctions sponsored by the Federal government to prevent the operation of the state lotteries.

What can you bring as a private company to help the cause come to a positive outcome?
We have decided to introduce ourselves as Amicus Curiae in ADPF 493, for the same reasons that led the states to do so, but bringing new contributions and an independent view of the private sector. In addition, being our market the state lotteries, also moved us the business interest. But we believe that in this way we will help the cause to arrive at a positive result.

In your opinion, what will be the final resolution of the STF in ADPF 493?
I can’t comment on the time the STF takes to try a case in Plenary. However, I believe it will decide against the claim of monopoly for the federal government, and that Decree 204/67 was not approved by the Constitution.

Has the time come when Caixa's lotteries will open up to the private market or do you think they should remain in the current monopoly? Do you have any definite opinions about LOTEX?
I believe and am in favor of opening the lottery market to the private sector. As for the failure so far of the LOTEX auction, I do not have information that will allow me to comment.

What are the new projects and other news that Hebara prepares for the second half of the year?
Hebara has many projects in the short and medium term. However, the legal uncertainty of the moment inhibits our investments. We have to wait for the final position of the STF.